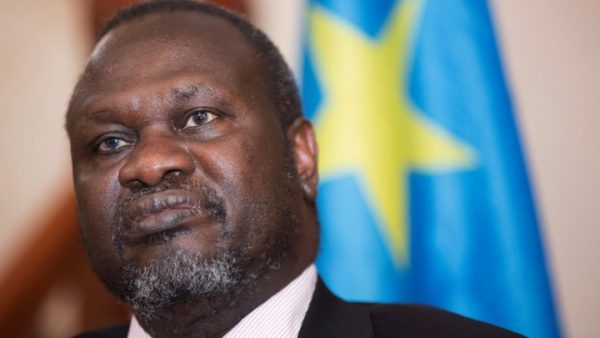 South Sudan’s opposition leader Riek Machar has left the country for a neighbouring state, opposition officials said on Thursday, several weeks after he withdrew from the capital Juba during fierce fighting with government troops.

Spokesman James Gatdet Dak declined to say which country Machar was in. A statement issued by the leadership of the SPLA In Opposition (SPLA-IO) said he had left on Wednesday to a “safe country within the region”.

Machar led a two-year rebellion against forces loyal to his longtime rival President Salva Kiir before the two sides reached a peace deal in August 2015. Under the deal, Machar returned to Juba in April to resume his role as vice president.

But fighting flared last month, leading Machar to withdraw with his forces from Juba around mid-July.

Spokesman Gatdek Dak, writing on his Facebook page, said opposition fighters had “successfully relocated our leader to a neighbouring country where he will now have unhindered access to the rest of the world and the media.”

Since the July fighting, Kiir has sacked Machar from his post and appointed Taban Deng Gai, a former opposition negotiator who broke ranks with Machar, as vice president.

The United Nations told Kiir that any political changes must be consistent with the peace deal, which stated that the vice president must be chosen by the South Sudan Armed Opposition.