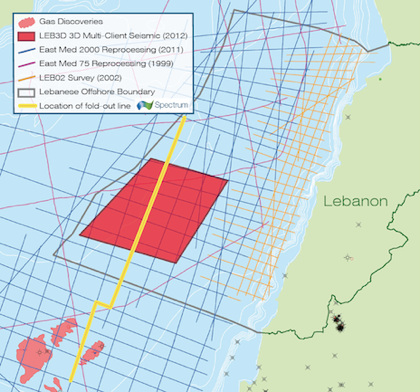 Several Lebanese ministers have sounded suspicious over the recent deal reached between the Free Patriotic Movement and the Amal Movement over the country’s oil and gas reserves.

In an interview with the Lebanese daily As-Safir published Monday, Labor Minister Seja’an Qazzi said that the country’s oil and gas reserves were not the property of any political faction, adding that he will oppose any “bilateral deals” during the upcoming Cabinet discussions.

“If the deal between Amal Movement leader Nabih Berri and the Free Patriotic Movement founder Michel Aoun was part of a comprehensive national deal, then we have no problem, but if it involves any bilateral deals, we will have to deal with it differently when it is brought up for discussion at the Cabinet meeting,” Qazzi said.

“The oil wealth does not belong to any side…the way the agreement was announced suggests that they are saying the oil is ours.’”

The agreement was reportedly during a meeting between Speaker Berri and and Aoun’s son-in-law Foreign Minister Gebran Bassil, but no details over the agreement have been made public.

Culture Minister Raymond Araiji who represents the Marada Movement in the cabinet had this to say about the deal :

“Right now, we are dealing with a strategic issue, which can’t tolerate any sugarcoating. It needs professionalism, expertise, responsibility and transparency.”

Araiji added that he will wait for the deal to be presented at the Cabinet before taking a position on the matter, stressing that every minister has a “historic responsibility,” as the energy reserves do not belong to any party or movement.

Telecommunications Minister Boutros Harab said he was surprised over the absence of Energy and Water Minister Arthur Nazarian during the Amal/FPM discussions.

“If it is revealed to us that there is a commitment to the greater national interest and that the oil wealth will not be subject to the traditional quotas, then we will be winners. But if major powers are to be given priority over the national considerations, then we will oppose it,” Harb told As-Safir.

But the dispute between FPM and Amal was reportedly settled back in Dec 2014 , according to a report by Lebanon oil and gas dated Dec 27, 2014 .

The two sides agreed back in 2014 to issue contracts over the oil fields adjacent to the Israeli blocks after the speaker had warned that the neighboring state could exploit Lebanon’s offshore wealth.

Israel started exploration several years ago and so has has Cyprus and even Syria, in spite of its conflict according to the report

Lebanon and Israel are also still bickering over a zone that consists of about 854 square kilometers and projected energy reserves that could generate billions of dollars.

Lebanon argues that a maritime map it submitted to the U.N. is in line with an armistice accord drawn up in 1949, an agreement which is not contested by Israel.

In March 2010, the U.S. Geological Survey estimated a mean of 1.7 billion barrels of recoverable oil and a mean of 34.5 trillion cubic meters of recoverable gas in the Levant Basin in the eastern Mediterranean, which includes the territorial waters of Lebanon, Israel, Syria and Cyprus.

In August 2014, the government postponed for the fifth time the first round of licensing for gas exploration over a political dispute.

According to experts “Lebanon badly needs the oil and gas revenue because of its huge public debt but the Lebanese politicians could not be trusted to deal with this issue in a transparent manner . Most of the money could end end up in the pockets of the politicians like everything else the experts are saying .Everyone of these politicians is looking for his own share just like they did and still doing in the case of the garbage issue. It is much better for the future Lebanese generations if the oil remains underground until such a time when decent politicians start running the country. “