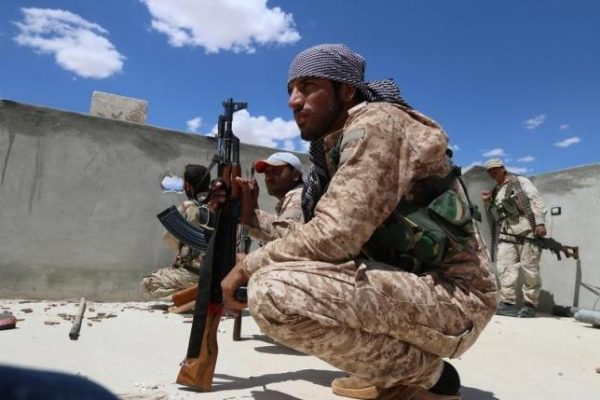 The Pentagon said on Saturday it has questioned Moscow over air strikes against U.S.-backed Syrian opposition forces earlier this week, saying Russian forces failed to heed U.S. warnings to stop the attack.

In a video call with Russian counterparts, the U.S. Department of Defense “expressed strong concerns” about the strikes that hit U.S.-backed Syrian rebels battling Islamic State near the al-Tanf border crossing with Iraq on Thursday, it said in a statement.

According to the Pentagon, coalition-backed fighters in Syria were attacked in al-Tanf even though they were part of the “cessation of hostilities,” an agreement aimed at creating a truce in the war-torn country.

The attacks continued even after the United States alerted Russian forces, the Pentagon said in the statement following what it called an “extraordinary session” with Russian counterparts.

U.S. defense officials have asked Moscow to respond to its concerns, Cook added. “The two sides reiterated the need to adhere to measures to enhance operational safety and avoid accidents and misunderstandings in the air space over Syria.”

On Friday, U.S. officials said a small number of Syrian rebels were killed after Russia failed to heed U.S. calls sent through emergency channels to stop targeting the fighters.

The Pentagon has said the strikes near al-Tanf raise concerns about Russian intentions in Syria.

“The Russians initially said they were coming in to fight ISIL, and that’s not what they did,” U.S. Defense Secretary Ash Carter told reporters on Friday, suggesting Moscow either intentionally targeted the rebels or had poor intelligence to stage its strikes.

The Kremlin said on Friday that moderate and Islamist extremist rebels were fighting in close proximity on the ground, making it difficult to distinguish between the two groups.

In a related development dozens of State Department officials this week protested against U.S. policy in Syria, signing an internal document that calls for targeted military strikes against the Damascus government and urging regime change as the only way to defeat Islamic State.

The “dissent channel cable” was signed by 51 State Department officers involved with advising on Syria policy in various capacities, according to an official familiar with the document. The Wall Street Journal reviewed a copy of the cable, which repeatedly calls for “targeted military strikes” against the Syrian government in light of the near-collapse of the ceasefire brokered earlier this year.

The views expressed by the U.S. officials in the cable amount to a scalding internal critique of a longstanding U.S. policy against taking sides in the Syrian war, a policy that has survived even though the regime of President Bashar al-Assad has been repeatedly accused of violating ceasefire agreements and Russian-backed forces have attacked U.S.-trained rebels.

“It’s embarrassing for the administration to have so many rank-and-file members break on Syria,” said a former State Department official who worked on Middle East policy.

These officials said dissent on Syria policy has been almost a constant since civil war broke out there in 2011. But much of the debate was contained to the top levels of the Obama administration. The recent letter marked a move by the heart of the bureaucracy, which is largely apolitical, to break from the White House.