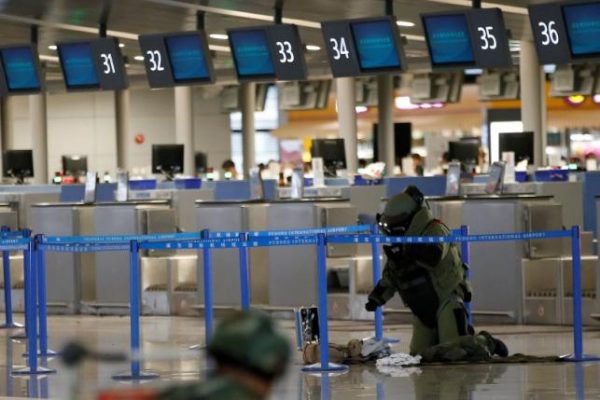 A bomb disposal expert checks a luggage near the site of a blast at a terminal in Shanghai’s Pudong International Airport, China, June 12, 2016. REUTERS/Aly Song
Share:

The explosion occurred near the airport’s Terminal Two ticketing area shortly after 2 p.m. and the people who were injured were transported for medical treatment, the authority said in a short statement on its official microblog.

Police had already taken control of the incident area and flight schedules were not disrupted, it said.

China’s official Xinhua news agency said the injuries were light and that the incident is under investigation.

Unverified pictures on China’s Weibo microblog showed a person on a gurney being wheeled away by medical attendants.