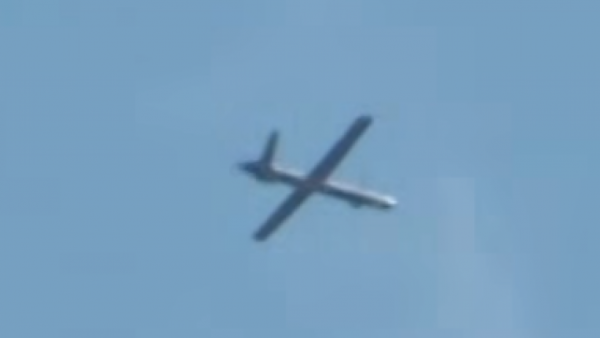 Iran’s support of both the Iraqi government and the Syrian regime in their ongoing wars with rebels and terrorist groups is no longer in question. The Islamic Republic offers money, weapons and information to both Damascus and Baghdad. They also provide surveillance drones. However, recent footage claims to show that Tehran is also testing out new combat drones in these war zones.

Hundreds of amateur videos— filmed by both civilians and jihadist fighters—show both the Assad regime in Syria and Shia militias in Iraq using Iranian drones.

Iran developed these sophisticated drones—including the Ababil, Mohajer and Shahed models in spite of thirty years of US and UN sanctions that banned the sale of weapons to Tehran.

According to specialists, most of these Iranian drones are surveillance mechanisms. Iran uses them to gather information on enemy positions, which they then share with the Iraqi or Syrian governments. Since these drones can transmit videos in real time, they also allow Iraqi and Syrian forces to direct more accurate rocket and artillery fire at their targets.

However, in late 2015, the Iranian state TV channel published a video claiming to have been filmed in an Iranian combat drone being tested in Syria. The footage shows both the trajectory of a missile and the final explosion when it hits the target. Even though the footage was surprising, it wasn’t picked up by other media sources or shared on social media.

When the Observers Team first saw this video, we set about trying to verify it. We had a few questions to answer.

Does the video really show an Iranian drone?

The target sign as well as the small arrows visible on the screen are identical to the symbols visible in official videos of Iranian drones (on several occasions, the Iranian government has published videos from their drones as they conduct surveillance on American vessels, for example).

You can see that the symbols used in this official video filmed from an Iranian surveillance drone are the same as those used in the video purporting to show a combat drone (below).

The symbols on this video purported to have been recorded in an Iranian combat drone are the same as those in official footage filmed from an Iranian surveillance drone (above).

Was this footage really filmed in Syria?

You can actually see geocoordinates on the screen charting the drone’s flight path. You can’t see the full number, but you can see enough to tell it was filmed in Syria.

These geocoordinates seen in the top righthand corner of the footage are in Syria.

This screengrab shows the partial geocoordinates seen in the video shared on Iranian state TV.

This same footage was actually used in a news report by Iranian state TV about clashes on the road between Damascus and Aleppo. The news report indicated that this combat drone had carried out a successful mission in southern Aleppo. The incomplete geocoordinates seen on the screen do match up with that region.

Does Iran even have combat drones?

According to official information, two Iranian drones– the Shahed-129 and Karrar– can carry out air attacks. The Shahed-129 can carry up to eight homemade “sadid” guided missiles, while the Karrar can carry 4 cruise missiles.

But as usual, separating the fact from the fiction about Iran’s air power is extremely complicated.