88% of Israel’s female Knesset members have been sexually assaulted, harassed 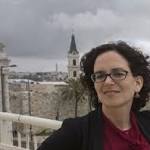 All but four of Israel’s current female Knesset members report they have experienced sexual harassment or sexual assault at some point in their lives — with two saying they experienced it even after entering the Knesset.

A survey of Israel’s 32 female lawmakers conducted by Israel’s Channel 2 found that 28 had been victimized, Haaretz reported Tuesday.

In a Channel 2 program that aired Sunday, female lawmakers from numerous parties shared their experiences with harassment and abuse.

Rachel Azaria of Kulanu said she had been repeatedly harassed while serving on the Jerusalem City Council’s planning and building committee.

“Another city councilor would make remarks of a sexual nature regarding things that I said, and the whole room would burst out laughing,” Azaria said. “I consulted with the legal adviser and other officials, and they all said there was nothing to be done. It interfered with my ability to function and I was very distressed.”

Senior Citizen Affairs Minister Gila Gamliel of Likud recalled unwanted touching on a bus when she was a soldier.

“To this day I’m sorry I didn’t complain because I could have prevented other incidents,” she said.

Michal Ben Ari of Kulanu said she had also been harassed while in the military, along with receiving unwanted comments even now.

“Even today, the fact that I’m a single woman in the Knesset puts me in unpleasant situations,” she said. “Sometimes people make comments. … I don’t want to elaborate, but there was a situation recently in the Knesset and I took care of it.”

Ksenia Svetlova of Zionist Union said that when she was a teen and newly arrived from the former Soviet Union, “there was a period when I could hardly go out into the street because of the harassment. Sometimes they would touch my hair and come at me with sexual suggestions. At a certain point I dyed my hair brown so they’d stop touching me, so I’d stand out less. It was a combination of chauvinism and racism.”

Sharren Haskel of Likud reported being sexually assaulted by an adult when she was a child.

Zionist Union’s Revital Swid said, “There’s not one woman who hasn’t been attacked sexually, and not just once either. In the beginning it paralyzes and shocks. It’s amazing, you just don’t know how to deal with it.”

Swid, a criminal defense attorney, said she was often harassed early in her career, “when police officers thought they could come on to me.”

Women make up 27 percent of Israel’s 120-member Knesset. The Zionist Union has nine female members, the most of any party, and Likud has seven. Only four of the 32 ministries are headed by women.