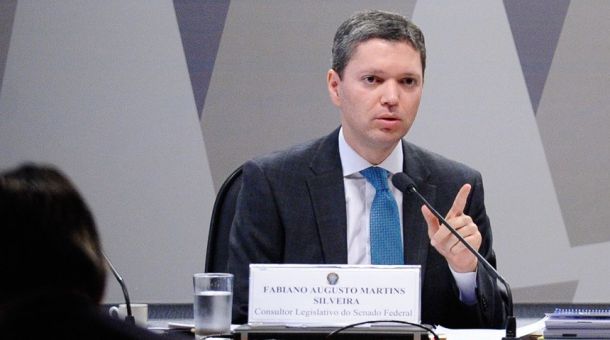 Fabiano Silveira, whose title was minister of transparency resigned resigned Monday night after a secret recording seemed to show that he tried to stymie the sweeping corruption investigation revolving around Petrobras, the national oil company. May 30 , 2016
Share:

The anticorruption minister of Brazil’s interim president, Michel Temer, resigned Monday night after a secret recording seemed to show that he tried to stymie the sweeping corruption investigation revolving around Petrobras, the national oil company.

The fall of Fabiano Silveira, whose title was minister of transparency, dealt another blow to a government that seems to limp from one scandal to the next just weeks after Mr. Temer replaced Dilma Rousseff. Ms. Rousseff was suspended as president to face claims of budgetary manipulation in an impeachment trial.

One of Mr. Temer’s top aides, Romero Jucá, stepped down last week as planning minister after another recording indicated that their centrist Brazilian Democratic Movement Party, or P.M.D.B., had sought Ms. Rousseff’s ouster to thwart the inquiry into the Petrobras graft scheme.

In an increasingly paranoid atmosphere in the capital, Brasília, members of the country’s political and business elite are secretly recording one another with the aim of reaching plea deals. Sergio Machado, a politician who was the chief executive of a Petrobras transportation unit for more than a decade, has turned over a trove of recordings to investigators.

In doing so, Mr. Machado, who has been accused of helping to orchestrate the Petrobras bribery scheme, is betraying various senior political figures whom he recorded. They include José Sarney, a former president; Renan Calheiros, the head of the Senate; and Mr. Jucá, the former planning minister, who remains a senator and the president of the P.M.D.B.

In the latest revelation, Mr. Machado captured a conversation this year involving himself, Mr. Calheiros and Mr. Silveira. At the time, Mr. Silveira was on the National Council of Justice, a panel overseeing Brazil’s judiciary.

In the recording, parts of which were broadcast over the weekend on the Globo television network, Mr. Silveira can be heard advising Mr. Calheiros on how to deflect the scrutiny of prosecutors.

A spokesman for Mr. Silveira said the remarks had been taken out of context.

Mr. Calheiros, together with an array of other powerful politicians, is under investigation over accusations that he pocketed huge bribes in the Petrobras scheme. Nearly 40 politicians, business moguls, campaign strategists and black-market money dealers have been jailed since prosecutors began delving into the scheme two years ago.

Mr. Temer had resisted firing Mr. Silveira even after employees at the ministry, previously called the Comptroller General’s Office, prevented Mr. Silveira from entering the building on Monday. But pressure increased on Mr. Silveira throughout the day.

“It’s disappointing that the minister in charge of transparency is now under suspicion of taking part in a cover-up operation,” said Alejandro Salas, the Americas director of Transparency International, an anticorruption group.