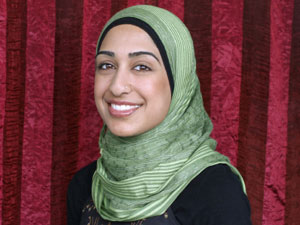 Companies in the EU can ban Muslim employees from wearing headscarves to work, a senior jurist has said in a case involving British security firm G4S.

The headscarf ban “may … be justified in order to enforce a legitimate policy of religious and ideological neutrality pursued by the employer”, Juliane Kokott, a German advocate general at the EU Court of Justice in Luxembourg, said in a statement on Tuesday (31 May).

She said the ban must be based on “a general company rule” on religious symbols of any type and must be “proportional”.

She added that the issue is so “delicate” that national courts should have “a measure of discretion which they may exercise in strict accordance with EU rules”.

Kokott’s opinion is not binding on the final verdict of the EU court, but it is a strong sign of what the final “clarification” will say.

The case arose when G4S fired Samira Achbita, a Muslim receptionist at one of its offices in Belgium, because she refused to come to work without her scarf.

She sued for damages in Belgian courts and won the backing of the Belgian Centre for Equal Opportunities and Combating Racism, a government agency.

But judges ruled against her on two occasions. Her appeal is currently being heard by Belgium’s Court of Cassation, which asked the EU court for a “clarification” before issuing its final ruling.

Kokott added that the Belgian court should look at details of the case, such as “size and conspicuousness of the religious symbol, the nature of Ms Achbita’s activity and the context in which she must perform her activity, as well as the national identity of Belgium”.

Belgium is a traditionally Roman Catholic, but secular society. Five years ago, it banned wearing of the full-face Islamic veil in public.

Kokott said G4S was right to have a no-symbol policy “because of the special nature of the work which G4S employees do” and because Muslim scarves or other religious paraphernalia would have “a defining impact … on the image of the firm”.

She said “freedom of religion is one of the cornerstones of a democratic society”, but that people “may be expected to moderate the exercise of his religion in the workplace”.