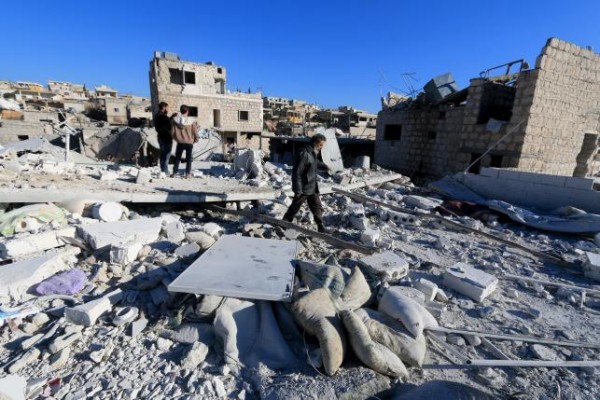 People inspect a site hit by what residents said were airstrikes carried out by the Russian air force in the town of Turmanin, in Idlib Governorate near the Syrian-Turkish border, REUTERS/Ammar Abdullah
Share:

The war monitor said it believed the planes were Russian.

At least seven strikes hit the western Syrian city, it added. Some struck the area where the national hospital is located, the war monitor said, noting that it did not think the strikes hit the hospital itself.