Afghan Taliban appoint an Islamic scholar as their new leader 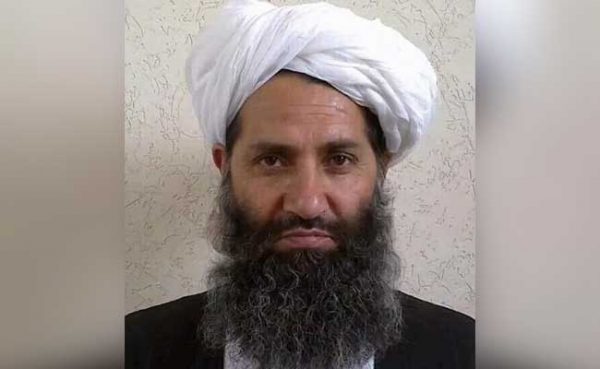 The Afghan Taliban named an Islamic legal scholar who was one of former leader Mullah Akhtar Mansour’s deputies to succeed him on Wednesday, after confirming Mansour’s death in a U.S. drone strike at the weekend.

Within an hour of the announcement, a Taliban suicide bomber attacked a shuttle bus carrying court employees west of the Afghan capital, Kabul, killing as many as 11 people and wounding several others, including children.

New Taliban leader Haibatullah Akhundzada was named in a United Nations report last year as former chief of the sharia-based justice system under the Taliban’s five-year rule over Afghanistan, which ended with their ouster in 2001.

Sirajuddin Haqqani, head of a feared network blamed for many deadly bomb attacks in Kabul in recent years, and Mullah Mohammad Yaqoob, son of Taliban founder Mullah Mohammad Omar, will serve as deputies.

The announcement, following a meeting of the Taliban’s main shura, or leadership council, ended days of confusion during which the Taliban declined to confirm the death of Mansour in a drone strike in Pakistan on Saturday.

“All the shura members have pledged allegiance to Sheikh Haibatullah in a safe place in Afghanistan,” the statement said. “All people are required to obey the new Emir-al-Momineen (commander of the faithful).”

Akhundzada, believed to be around 60 years of age and a member of the powerful Noorzai tribe, was a close aide to Omar and is from Kandahar, in the south of Afghanistan and the heartland of the Taliban.

An official Taliban account on Twitter posted an undated photograph purporting to be of Akhundzada, informally known as Mullah Haibatullah, with a white turban and long, graying beard.

The post listed his full title as Emir-ul-Momineen Shiekh ul Quran, or “commander of the faithful, scholar of the Koran”.

The Taliban movement banned human images for breaching their strict interpretation of Islam when they governed Afghanistan.

Under their rule, women could only appear in public under a heavy veil and accompanied by a male relative, and they were denied a formal education. Public executions were staged and sports banned.

Senior members of the insurgent group had been keenly aware of the need to appoint a candidate who could bring disparate factions together and repair the splits that emerged last year when Mansour was appointed.

“It was much quicker than most people expected, including myself. It shows that the Taliban are keen not to have a new conflict,” said Thomas Ruttig of the Afghanistan Analysts Network.

Mansour, a former deputy to Omar named as leader in 2015 after the Taliban announced Omar had died more than two years earlier, faced widespread anger that he had deceived the movement by covering up his predecessor’s death.

Ruttig had earlier singled out Akhundzada as a likely successor to Mansour over more high-profile candidates, because of his longstanding ties to a movement in need of stability.

“He is of the older generation, he is one of the founders. So he has more respect as a religious scholar, while Sirajuddin Haqqani and Yaqoob, the son of Mullah Omar, are pretty young,” he said.

However, there was no immediate indication of whether the appointment would lead to a shift in the stance of the Taliban, which under Mansour ruled out participating in peace talks with the government in Kabul.

“We invite Mula #Haibatullah to peace. Political settlement is the only option for #Taliban or new leadership will face the fate of #Mansoor,” spokesman Javid Faisal said in a tweet.

The United States, Pakistan and China have also been trying to get the militants to the negotiating table to end a conflict that has killed thousands of civilians and security personnel and left Afghanistan seriously unstable.

The Taliban have made big gains since NATO forces ended their main combat operations in Afghanistan in 2014, and now control more of the country than at any time since they were toppled by U.S.-led forces in 2001.

News of the appointment came as a suicide bomber attacked a bus carrying staff from an appeal court west of Kabul.

Taliban spokesman Zabihullah Mujahid said the attack on staff from the judicial system was in response to the Afghan government’s decision earlier this month to execute six Taliban prisoners on death row. Other attacks would follow, he added.

“We will continue on this path,” he said in a statement.

Medical aid group Emergency, which runs one of Kabul’s main trauma hospitals, said it had treated nine wounded and six of these were children aged between 8 and 13 years.

The decision by President Ashraf Ghani to execute the prisoners on death row was taken as part of a tougher policy toward the Taliban following a suicide attack by the insurgent movement which killed at least 64 people in Kabul.