For European banks, U.S. assurances on Iran come with asterisks 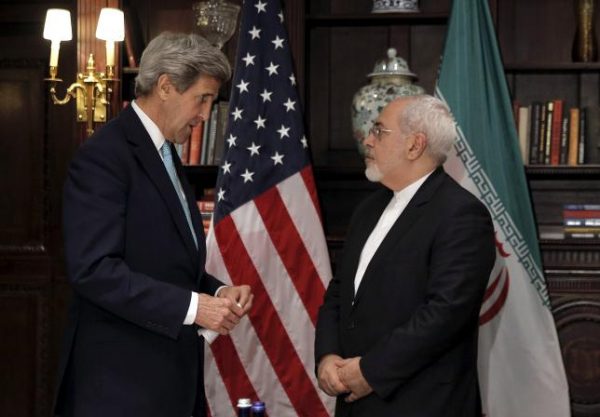 The United States has a simple answer for executives of European banks scratching their heads over whether it is now legal for them to do business with Iran: Just ask.

Any firm concerned whether a prospective business deal with Iran would be legal, Secretary of State John Kerry said before a meeting with British bankers in London last week, should call the U.S. agency in charge of sanctions, the U.S. Treasury Department’s Office of Foreign Assets Control, known as OFAC.

“It really shouldn’t be complicated,” he told reporters, according to a transcript of his comments. “It’s clearly defined, and when people have a question, we are available to answer those questions.”

If only it were that simple.

Sanctions lawyers say OFAC does not do enough to clear up the ambiguity caused by a maze of overlapping sanctions and exemptions. In interviews, nearly a dozen attorneys who regularly deal with the agency said the recommendations they receive are often vague and noncommittal.

The United States reached a deal with Iran last July that lifts some sanctions in return for curbs on its nuclear program, including letting non-U.S. banks operate in Iran. But it maintains restrictions based on terrorism and human rights concerns, and U.S. banks are still forbidden to do business with Iran.The resulting uncertainty is contributing to companies’ reluctance to restart or launch relationships with Iran. Firms have also been reluctant to return to Cuba and Myanmar, two other countries subject to U.S. sanctions.

U.S. sanctions programs, enacted via legislation or executive order, are intended to be coercive economic tools, not regulatory hurdles, and the ambiguity often serves to heighten the impact of sanctions by scaring businesses away from America’s foes.

The remaining sanctions on Iran bar transactions with the Islamic Revolutionary Guard Corps, and with more than 200 other groups or individuals categorized as designated entities or specially designated nationals. Organizations owned by the IRGC, as well as by the other individuals or companies, are off-limits to any bank that wants access to the U.S. financial system.

Since some sanctions were lifted, Iran has agreed to deals worth a total of at least $37 billion in sectors such as construction, aviation and car manufacturing, with companies including planemaker Airbus, carmaker Peugeot and Italian steel firm Danieli. Dozens of other companies have said they are in talks or have signed provisional agreements with Iranian partners.

But lawyers say those deals will be difficult or impossible to carry out if large European banks refuse to finance them or transfer money in and out of the country, for fear that doing so might violate the remaining sanctions or that the restrictions might “snap back” if Iran violates the nuclear agreement.Part of the problem is that knowing if a company or person is blacklisted or owned by a blacklisted person or company is difficult in a place such as Iran, attorneys said.

“The problem is the IRGC doesn’t walk out there waving a flag and saying, ‘Hey, I own 51.4 percent of this company; don’t deal with me,'” said Aaron Hutman, a sanctions attorney at Pillsbury in Washington. “The banks are being asked to deal in a world where you have very sophisticated players who over the course of years of sanctions have become very good at hiding themselves.”With some of the sanctions on Iran, Cuba and Myanmar now being rolled back, OFAC finds itself in an unfamiliar role as a regulator of trade with countries where America is seeking to mend relations.

The Treasury Department declined an interview request, but a spokeswoman said that government officials have traveled to at least 18 countries to talk about Iran and held roundtables with banks “to clarify their specific concerns.”

In one instance, Alavi said it took him a full year and a half to receive permission to speak to an Iranian media outlet.

“There is just this bottleneck caused by OFAC’s inability to respond quickly because of the flood of applications and inquiries,” he said. Banks often need such written assurances to conduct transactions tied even indirectly to Iran. A lengthy wait means the window for a business opportunity is likely to close before a response comes through.

“The banks have to hear something along the lines of ‘If you act in good faith, you can expect that we are not going to engage in any heavy-handed enforcement,'” Hutman said. “That’s not the message you get. The message you get is, ‘We plan to vigorously enforce our Iran-related laws.'”