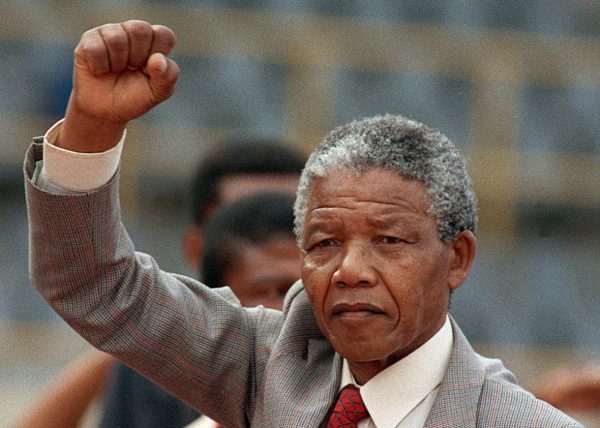 Nelson Mandela’s arrest in 1962 came as a result of a tip-off from an agent of the US Central Intelligence Agency (CIA), a report says.

The revelations, made in the Sunday Times newspaper, are based on an interview with ex-CIA agent Donald Rickard shortly before he died.

Mandela served 27 years in jail for resisting white minority rule before being released in 1990.

He was subsequently elected as South Africa’s first black president.

Rickard, who died earlier this year, was never formally associated with the CIA but worked as a diplomat in South Africa before retiring in the late 70s.

The interview was conducted by British film director John Irvin, who has made a film, Mandela’s Gun, about his brief career as an armed rebel, the Sunday Times said.

The events leading up the the arrest of Nelson Mandela, on a dark night near Durban in 1962, have always been murky. In the era of Cold War politics, Mandela, then leader of the armed wing of the African National Congress (ANC), was considered a terrorist and a threat to the West.

As Mr Rickard put it, he was “the most dangerous communist” outside of the Soviet Union, although Mandela always denied being a member of the party.

Rumours have circulated for years that the CIA trailed Mandela but the agency resisted previous attempts to shine a light on its alleged involvement in his arrest. Rickard’s admission will bring renewed pressure to declassify documents from the time.

The ANC’s spokesman Zizi Kodwa said he believed the CIA was still meddling in South African affairs and collaborating with those wanting “regime change”.

The future president led the armed resistance movement of the banned ANC, and was one of the most wanted men in South Africa at the time of his arrest.

His ability to evade the security services had earned him the nickname “the black Pimpernel”.

He was posing as a chauffeur when his car was stopped at a roadblock by the police in the eastern city of Durban in 1962 and he was detained.

ANC national spokesperson Zizi Kodwa said: “That revelation confirms what we have always known, that they are working against [us], even today.

“It’s not thumb sucked, it’s not a conspiracy [theory]. It is now confirmed that it did not only start now, there is a pattern in history.”

Before that, along with other former ANC leaders, he was only able to visit the US with special permission from the secretary of state, because the ANC had been designated a terrorist organisation by the former apartheid government.

The bill scrapping the designation was introduced by Howard Berman, chairman of the House Committee on Foreign Affairs, who promised to “wipe away” the “indignity”.

President Ronald Reagan had originally placed the ANC on the list in the 1980s.