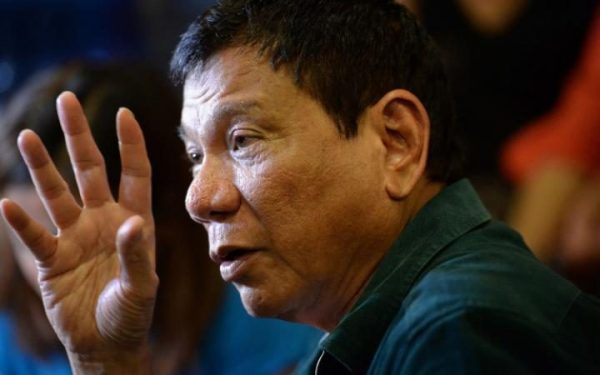 Philippine president-elect Rodrigo Duterte has said he will not personally apologise to Pope Francis for calling him a “son of a whore.”

Mr Duterte, who has earned the nickname “The Punisher” for his colourful language and anti-crime platform, had previously said he would travel to the Vatican to say sorry for the jibe.

But he announced on Sunday evening that he had changed his mind and decided to send a letter instead.

“No more, that’s enough,” he told reporters when asked if he would go ahead with the trip.

The tough-talking former mayor, who has vowed to kill 100,000 criminals and feed them to the fish, won a landslide victory in the country’s general election earlier this month.

He has enjoyed widespread support for vowing to clean up the Philippines with an uncompromising stance on crime, which includes bringing back the death penalty and issuing security forces with “shoot to kill” orders.

And during one particularly animated speech he said he would even kill his own children if he discovered they had been taking drugs – a claim which only seems to have boosted his popularity.

But even Mr Duterte’s most loyal supporters seemed a little perturbed last November, when he joked that the Pope and his entourage were to blame for chronic traffic jams in the city of Manila.

“It took us five hours to get from the hotel to the airport. I asked who was coming. They said it was the pope. I wanted [to say] Pope, son of a whore, go home. Don’t visit anymore.”

The jibe was said to have drawn only a smattering of laughter from the crowd. Catholic leaders condemned his remarks but they had little impact on his popularity.

Mr Duterte later said he “did not intend to attack the Pope” and that his anger was directed at the government for causing too much disruption to people’s lives during the visit.

The 71-year-old is well known for peppering his speeches for expletives, and his supporters say he often uses abusive language when he is making jokes.

Mr Duterte, who will be sworn into office on June 30 for a six-year term, says he was raised as a Catholic.