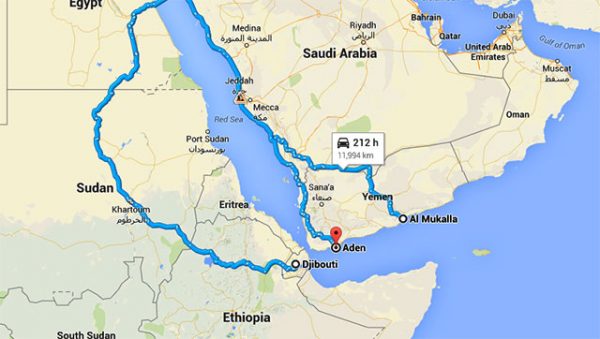 Yemen’s al Qaeda branch on Saturday confirmed it had withdrawn from the Yemeni seaport of Mukalla a week after government and Emirati soldiers seized the city used by Islamist militants to amass a fortune amid the chaos of civil war.

Al Qaeda in the Arabian Peninsula (AQAP) said it had retreated from the port on Yemen’s south coast to save it from destruction and that a handful of its fighters had been killed.

“We only withdrew to prevent the enemy from moving the battle to your homes, markets, roads and mosques,” the group said in a rare statement posted on Twitter.

Mukalla has been the center of a rich mini-state along the Arabian Sea coastline that AQAP built up over the past year as it exploited conflict between government loyalists backed by a Gulf Arab coalition and Houthi rebels supported by Iran.

“The coalition bombed an electricity plant and a food market that the Mujahideen recently built and a petrol station… that resulted in the killing of tens of Muslims,” the statement said.

The Gulf Arab coalition said its offensive had killed 800 al Qaeda fighters and several leaders, though Mukalla residents told Reuters the number appeared unlikely and the group withdrew largely without a fight.

Government and Emirati forces based in Aden, about 40km (25 miles) away, have been mounting a ground push against towns held by al Qaeda along Yemen’s coast.

The lightning advance is a shift in strategy for the Saudi-led coalition forces, which for over a year have focused their firepower on the Iran-allied Houthis who had seized the capital Sanaa and driven the government into exile.

The civil war has killed more than 6,200 people, displaced more than 2.5 million people and caused a humanitarian catastrophe in one of the world’s poorest countries.

AQAP, which has planned several foiled bombing attempts on Western-bound airliners and claimed credit for the 2015 attack at the Charlie Hebdo magazine’s offices in Paris, has sought to carve out a quasi-state last year offering to export 2 million barrels of oil with the approval of Yemen’s government, which refused.
REUTERS