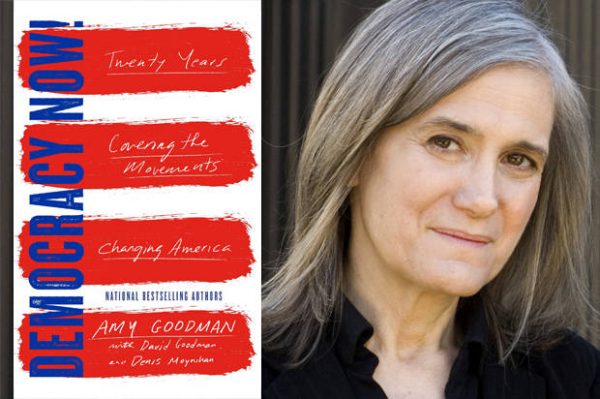 Can you really tell the difference between mainstream media channels when they all basically cover Trump nonstop?

Amy Goodman, host of Democracy Now!, said in a video for AJ+, “I see the media as a huge kitchen table that stretches across the globe that we all sit around and debate the most important issues of the day. War and peace. Life and death.” Goodman believes that “Anything less than that is a disservice to a democratic society.”

How much does this disservice affect our decision-making, particularly when it comes to voting? “It is critical in an election year to hear how policies affect people on the ground—not to get the pundits but to get the people themselves,” Goodman said.

What else do all the major networks have in common? According to Goodman, “They’re bringing you the pundits… who know so little about so much, explaining the world to us and getting it so wrong.”

In a nod to Noam Chomsky, Goodman added, “The media manufactures consent—for war, for candidates in elections—by bringing you more, for example, of one person like Donald Trump.” Trump’s “unfiltered pipeline into everyone’s brain” is facilitated by the media, whose ratings have come to depend on it.

According to a report by the Tyndall Center in 2015, “Donald Trump got 23 times the coverage of, say, Bernie Sanders. They found ABC World News Tonight did something like 81 minutes on Donald Trump and I think they gave Bernie Sanders 20 seconds,” said Goodman.