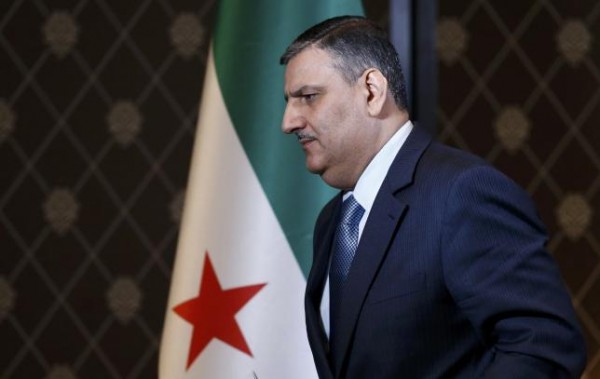 Prospects for reviving Syrian peace talks were bleak on Tuesday with the opposition saying the postponement was indefinite with a truce over, and the government ruling out any negotiations about the presidency of Bashar al-Assad.

The collapse of the Geneva talks leaves a diplomatic vacuum that could allow a further escalation of the war that is being fueled by rivalries between foreign powers including oil producers Iran and Saudi Arabia.

As fighting raged and air strikes on rebel-held areas intensified, the opposition urged foreign states to supply them with the means to defend themselves, a thinly veiled reference to the anti-aircraft weapons long sought by insurgents.

The United States, meanwhile, told Russia that Syria was starting to “fray more rapidly”, signaling concern about its possible fragmentation as the most serious peace-making effort in two years appeared to be falling apart.

The mainstream Western-backed opposition announced a pause on Monday, blaming Assad for violating a ceasefire. Damascus blamed rebels for breaking the cessation of hostilities.

Chief Syrian government negotiator Bashar Ja’afari said his team was pushing for an expanded government as a solution to the war, an idea rejected by the armed opposition which has fought for five years to oust Assad whose fortunes on the battlefield have been boosted by military backing from Iran and Russia.

The Geneva talks aim to end a war that has killed more than 250,000 people, created the world’s worst refugee crisis, allowed for the rise of the Islamic State group and drawn in regional and major powers. Russia’s intervention in the conflict swayed the war in Assad’s favor.

The opposition has blamed Damascus for using the talks to press their advantage militarily to regain territory.

Damascus has accused rebel groups of joining attacks by the al Qaeda-linked Nusra Front, which like the Islamic State group is not covered by the truce.

With fighting reported across much of northwest Syria on Tuesday, both sides were obdurate.

“Our mandate in Geneva stops at forming a national unity government,” Ja’afari told Reuters. “We have no mandate whatsoever either to address the constitutional issue meaning establishing a new constitution or addressing parliamentary elections or addressing the fate of the presidency.

“It’s not the business of anybody in Geneva. It happens when the Syrian people decide,” he said in an interview.

Ahead of leaving Geneva, Riad Hijab, chief coordinator of the main opposition HNC bloc, said there was no chance of returning to talks while the government broke the truce, blocked humanitarian access and ignored the issue of detainees.

Clearly angry, Hijab dismissed any suggestion that Assad could stay in power, saying he was “dreaming.”

Major powers were paralyzed and needed to reevaluate the truce and the humanitarian situation through the International Syrian Support Group that includes the United States, Russia, European states and key regional powers, Hijab said.

As things stood, Hijab said the HNC could not return to formal talks while people were suffering, although they would leave experts in Geneva to discuss certain issues. The Syrian government side is staying on.

U.S. President Barack Obama said he told Russian President Vladimir Putin in their call on Monday that Syria is starting to fray more rapidly and that the war-torn country cannot move forward if the United States and Russia are not in sync.

De Mistura attempted to convene peace talks in January, but these failed before they had even started in earnest largely due to a worsening situation on the ground. The new effort, which began last month, came after the implementation on Feb. 27 of the partial truce brokered by the Washington and Moscow.

But the opposition is adamant that the Damascus government is not serious about moving toward a U.N.-backed political process they say would bring a transitional governing body with full executive powers without Assad.

A U.N. Security Council resolution in December called for the establishment of “credible, inclusive and non-sectarian governance”, a new constitution, and free and fair elections within 18 months.

De Mistura said both sides were “not yielding a comma” on their political demands, but said that was normal in a negotiation. He would take stock of progress on Friday.

The opposition was categoric the suspension was indefinite.

“There is no date, the date … is the implementation of matters on the ground, and likewise the correction of the path of negotiations. All the while that does not happen, the time period will remain open,” the opposition’s George Sabra said.

The opposition also had “big complaints” about U.S. policy which he said sought to carry on talks “without us obtaining anything real”, he said. He called on international powers to supply Syrians with the means to defend themselves.

“Let’s be realistic. The escalation will start,” said Bashar al-Zoubi, a prominent rebel leader. Ahmed Al-Seoud, the head of another rebel group, said he hoped for more military support from Assad’s foreign enemies.

Syrian forces backed by Russian warplanes launched a counter-attack against rebels in the northwestern province of Latakia, a rebel group and a conflict monitor reported, as violence was reported across much of the northwest on Tuesday.

Targets included towns and villages where a partial truce agreement had brought about a lull in fighting.

Air strikes killed at least five people in the town of Kafr Nubl in the insurgent stronghold of Idlib province, and three others in nearby Maarat al-Numan, the Syrian Observatory for Human Rights monitoring organization reported.

Rockets fired by insurgents killed three children in nearby Kefraya, a Shi’ite town loyal to the government, it said. State media said the dead were members of one family.

Fighting in Latakia focused on areas where insurgent groups had launched an attack on government forces on Monday, and where battles had often erupted despite the cessation of hostilities.

“The regime is trying to storm the area, with the participation of Russian helicopters and Sukhoi (warplanes),” said Fadi Ahmad, spokesman for the First Coastal rebel group in the area. The Observatory said fighting had raged since morning.

Government air strikes and barrel bombing was reported in northern areas of Homs province that are under rebel control. The use of barrel bombs, or oil drums filled with explosives, has been denied by the Syrian government but widely recorded including by a U.N. commission of inquiry on Syria. The Syrian army could not immediately be reached for comment.