1 North Korean missile blew up shortly after launch, US says 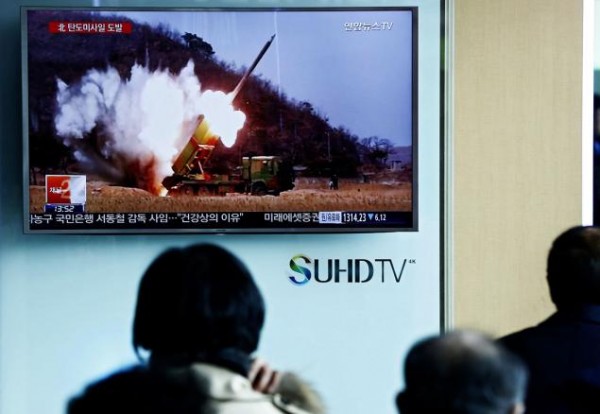 Despite earlier claims by North Korea that it fired two ballistic missiles into the Sea of Japan, two US officials tell Fox News that one blew up shortly after lift-off in an embarrassing new twist for the North Korean military.

“Neither was assessed to be a threat to the U.S. or our regional allies.  These launches are a violation of multiple UN Security Council resolutions,” the official said.

Both missiles were launched from mobile road launchers, making it difficult to track their movement since the launchers can be easily hidden.

One of the missiles, launched from the west coast of North Korea north of the capital, Pyongyang, flew hundreds of miles into the Sea of Japan, marking a dangerous escalation in North Korea’s missile program.

The medium-range launch was the first North Korean missile capable of hitting Japan since 2014.

This is the second launch of missiles into the Sea of Japan this month by North Korea.

Last week, the US Air Force’s top officer told reporters North Korea did not possess the capability to put a nuclear warhead atop one of its long-range ballistic missiles.   North Korean leaders a day later said they did.

Pentagon Press Secretary Peter Cook said the U.S. military can knock any North Korean ballistic missile out of the sky.

On January 6 North Korea claimed to have detonated a hydrogen bomb, a claim later refuted by US officials.

The missile launches coincide with annual military exercises between the United States and South Korea involving more than 10,000 troops.

Three nuclear-capable B-2 bombers were sent to the region as part of the exercise in a show of force to the North Koreans.

“We have seen reports that North Korea launched a ballistic missile into the Sea of Japan,” said Kirby.