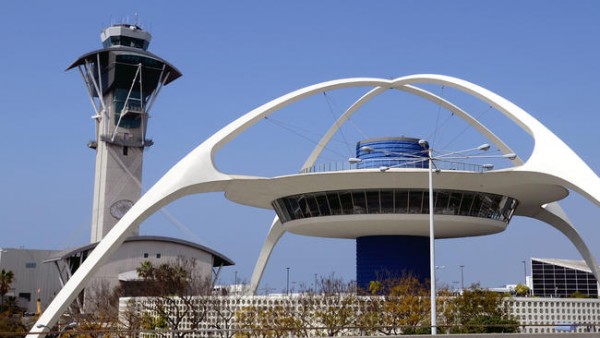 A commercial jetliner nearly collided with a drone while approaching Los Angeles International Airport on Friday afternoon, sparking a search by L.A. police and sheriff’s officials for the owner of the unmanned aircraft.

The near-miss was reported before 2 p.m. about 14 miles east of the airport at an elevation of 5,000 feet and involved a Lufthansa Airbus A380, said Los Angeles police Lt. Robert Binder. The drone flew 200 feet over the aircraft, the Federal Aviation Administration said.

L.A. County Sheriff’s Department and police helicopters were headed to the area to try and locate the drone pilot, Binder said, adding that it would be a long-shot search.

As drones have become more prevalent, so have their run-ins with aircraft. Over the last few years, drones have grounded firefighting aircraft in California by flying too close during firefighting missions and have smacked into buildings and taken down power lines.

In November, a Los Angeles man was forced to hand his drone over and promise not to fly one for another three years after interfering with a police search.

Pilots across the country are logging a fast-rising number of near-misses with drones, with 1 out of 5 of those risky incidents happening in California, according to an August 2015 article in the Los Angeles Times. Those conclusions come from an analysis of federal data released Thursday by Sen. Dianne Feinstein (D-Calif.)

The data show nearly 200 reports of close encounters involving drones reported in California since April 2014 — the most of any state.

Currently, hobbyists flying drones have few federal legal restrictions, although they are warned not to fly within five miles of airports or above 400 feet. Drone operators can be fined if they endanger people or other aircraft, the FAA says.