Q&A: Why has Russia withdrawn from Syria? 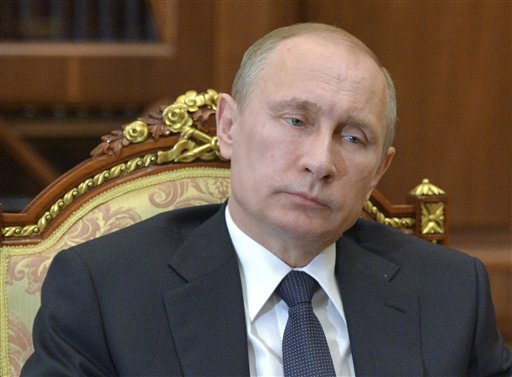 Russian President Vladimir Putin has ordered his forces out of Syria. What does that mean for the five-year-long war?

Q What has happened and what is its impact?

A President Vladimir Putin’s announcement that Russia would begin withdrawing its military from Syria, potentially winds down nearly six months of airstrikes that have bolstered Syrian President Bashar al-Assad and dealt a grave blow to Syrian rebels. Putin said that Russia would withdraw the “main part” of the military deployment to Syria, starting tomorrow. Putin said Russia would keep open both Russian air force and naval bases in Syria, but he said the task of the Russian intervention has been achieved and that diplomacy should now take over. A shaky ceasefire has quelled fighting in Syria, although it has not fully stopped.

A The surprise announcement came as UN envoy Staffan de Mistura reconvened peace talks between the Assad Government and the opposition in Geneva. The decision appeared at least in part to have the effect of increasing pressure on Assad to reach a diplomatic resolution of the conflict. The Kremlin said Putin spoke to Assad by telephone earlier today to inform him of his decision. Putin made the decision unilaterally, without any such request from Assad, Kremlin spokesman Dmitry Peskov said – a pointed message that suggested Putin is trying to signal that its backing for Syria is not unlimited.

Q What impact has Russia had in Syria

A The Kremlin in a statement said: “The leaders noted that the action of the air force of Russia had radically changed the situation in the fight against terrorism, disrupting the fighters’ infrastructure and inflicting significant damage”. Russian Defence Minister Sergei Shoigu said that during the Russian airstrike campaign, Syrian forces had been able to recapture 400 populated areas over nearly 10,360 sq km of territory. The Russian intervention turned the course of the conflict after Assad appeared weakened and on the verge of defeat mid-last year. By February, the Syrian Army was surging forward and had nearly encircled the rebel bastion of Aleppo.

Q What is the US position?

A The Obama Administration had become increasingly frustrated in recent days over what it saw as Russia’s inability or unwillingness to press Syrian Government forces to adhere to the ceasefire there. Officials cited an overall decrease in violence of 80 to 90 per cent, including a virtual halt to Russian airstrikes in opposition areas. To the extent that military operations are continuing, officials said, nearly all have been conducted by the Syrian military and its Iranian and Hizbollah allies. Late last week, the Administration decided to publicly accuse Moscow of failing to rein in Assad, leading to a string of comments by officials that culminated in a call by Secretary of State John Kerry on Monday for Putin to take control of Russia’s Syrian ally. By signing on to the international agreement backing a ceasefire, he said, Russia and Iran “accepted responsibility for the forces that they control or influence … So President Putin, who is invested in supporting Assad … should be somewhat concerned” by the actions of Syrian forces.

Q Did the US know what Putin was about to do?

A Putin’s announcement appeared to take the Administration by surprise. Asked during today’s regular State Department briefing about the news from Russia, spokesman John Kirby said it was the first he had heard of the announcement. The Obama Administration has at times complained of a gap between Russia’s rhetoric and its actions on the ground in Syria, and it was not immediately clear on which side of the field today’s announcement would fall.

A Putin announced at the end of September that the Russian intervention would focus on combating Isis (Islamic State). The Obama Administration soon said that the bulk of the airstrikes were being conducted against other rebel forces battling Assad, some of which were supported by the US. But Russian forces have generally adhered to the ceasefire, which went into effect in late February.

Q What has Russia achieved militarily?

A If the Russian air mission pulls out, it would cut short an intervention that from the beginning had kept the Obama Administration and its partners off balance. Initially, Russian jets were flying just several dozen sorties each day. By February, shortly before the ceasefire took effect, Russia’s Defence Ministry often reported that it was carrying out more than 60 or even 70 sorties a day. Russia also began using the Syrian crisis as a testing ground for high-tech weapons, going so far as to shift its budget for weapons tests to the Syrian campaign. In October, just a week after the beginning of its bombing campaign, Russia launched 26 cruise missiles from ships in the Caspian Sea at targets in Syria more than 1448km away. The missiles traversed Iran and Iraq before striking the targets in Syria. The Pentagon said several crashed before reaching Syria. It was the first time Russia had fired the new Kalibr cruise missile in a combat mission. In January, a Syrian offensive began scoring major victories, cutting off supply lines from Turkey and threatening the rebel stronghold of Aleppo.