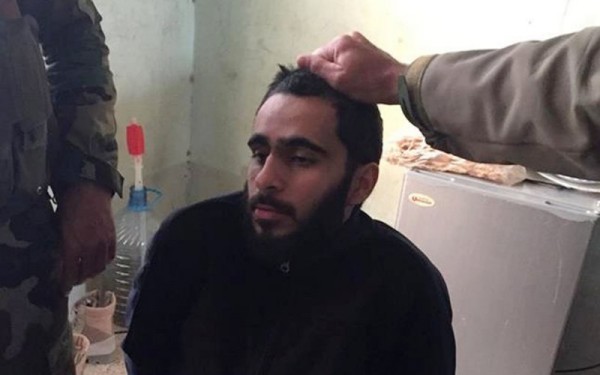 A Virginia man who surrendered to Kurdish Peshmerga fighters in Iraq on Monday is believed to be the the first U.S. citizen captured on the battlefield after joining ISIS. But it’s not clear that U.S. authorities will seek to extradite him, or that the Iraqi government would be willing to turn him over.

The man, who was identified in news accounts as Mohamad Jamal Khweis, reportedly gave himself up near the northern Iraqi city of Sinjar. He had traveled through Turkey to Syria some months ago. A driver’s license that circulated on social media and was apparently taken from him by the Kurds gave his residence as Alexandria, Va.

State Department spokesman John Kirby said Monday that officials were aware of news reports that Khweis had surrendered. It wasn’t clear who was holding him as of Monday evening. And multiple U.S. officials told The Daily Beast that it was too soon to say if the U.S. would seek to put Khweis in American custody and prosecute him for supporting ISIS.

But it’s ultimately up to Iraq how to deal with the man.

“If the U.S. wanted to criminally prosecute him, we’d have every right to ask Iraq or the Kurds to extradite him. But it’d be their sovereign right to decide,” David Glazier, a professor of Law at Loyola Law School, told The Daily Beast.

Iraq is at war with ISIS, a non-state group that seeks to take Iraqi territory, but U.S. military is acting in a supporting role, Glazier said. That means ball is in Baghdad’s court. “If the U.S. doesn’t do something specific, then he would just stay there.” 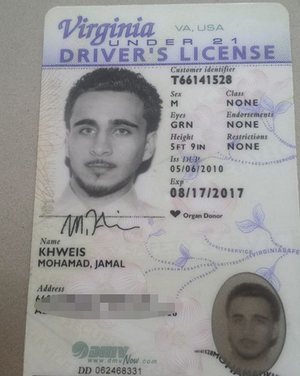 Little is known yet about Khweis and why he left his home in suburban Virginia to fight with the terrorist group. His mother and father told Voice of America that they hadn’t seen their son in some time, and that they thought he’d traveled to Canada. They said they had no idea that he’d joined ISIS.

Public records show that Khweis, 26, has had multiple run-ins with law enforcement. He was cited in Virginia for driving a car with tinted windows, speeding, and driving without a safety belt. More seriously, he was arrested in 2010 for driving while intoxicated and refusing to take a blood or breath test. A year earlier, Khweis was arrested for appearing drunk in public.

In a video taken by the Peshmerga fighters, Khweis appeared nervous when he identified himself as coming from the United States. He spoke English and asked that cameras be turned off.
Why Khweis left ISIS’s ranks is also still a mystery. But his apparent defection comes on the heels of what officials say is a notable increase in the number of foreign fighters breaking with the terror group and trying to return to their home countries.

“Fighters are becoming…certainly disenchanted with the effort that they signed up for,” said Kirby, the State Department spokesman. Reports from inside Iraq and Syria suggested that more are defecting, and ISIS has been making more use of child soldiers, Kirby said—a sign that the group may not be able to attract or keep as many adult fighters as in the past.

“There does appear, at least anecdotally, to be some cracks here in the foundation of their manpower and their resources,” Kirby said.

If Khweis is questioned by U.S. authorities, he might be able to provide information about why people are leaving ISIS’s ranks. Interrogation of ISIS members has also become central to the U.S. military’s strategy of defeating the group.

And last year, U.S. commandos captured the wife of a top ISIS operative who oversaw the group’s oil trade. The woman, known as Umm Sayyaf, provided information on the group’s assaults on women and use of sexual slaves.
Both al-Bakkar and Umm Sayyaf were held for weeks in U.S. custody but eventually turned over. In Umm Sayyaf’s case, officials are now concerned that she hasn’t faced charges in an Iraqi court. In February, the Justice Department issued a criminal complaint against her as “an insurance policy,” a U.S. official said at the time, in case she escapes custody or is transferred out of Iraq.

That highlights some of the uncertainty over how to handle captured ISIS fighters and operatives. If the U.S. cannot easily prosecute all of them, it will depend upon the government of Iraq to do so. But if the government is unwilling, then the fighters might not face swift justice.