EU chief: Brexit will change European Union forever and “for the worse,” 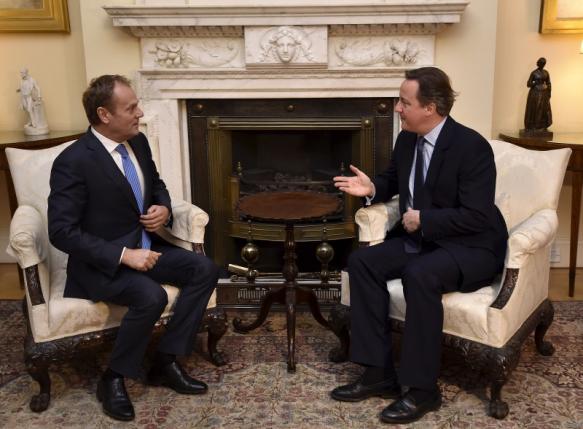 An “out” vote in the June 23 British referendum on European Union membership will change Europe forever – and “for the worse,” the bloc’s president said Wednesday.

EU President Donald Tusk oversaw the EU reform deal that British Prime Minister David Cameron brokered with the other 27 EU leaders last weekend for a new relationship for Britain in the bloc. He said, with all the challenges facing the West, now is not the time for Britain to split away from the bloc.

The referendum in Britain is expected to be hard-fought, especially after popular London Mayor Boris Johnson announced last weekend that he would join the campaign urging voters to back leaving the EU. Cameron is the top politician promoting the “stay” side.

Tusk insisted there would be no second chance if Britons vote “out.”

“If the majority votes to leave, that is what will happen,” Tusk said.

The major groups in the European Parliament have thrown their weight behind Cameron’s commitment to stay in the EU, even though they chided the Conservative leader for making an internal party dispute a divisive issue across the entire 28-nation EU.

The currency fell to $1.3943, the lowest level since March 2009. The pound first began to drop after Johnson announced his “out” stance.

The currency pressure comes as former British military service chiefs argued in a letter in the Telegraph newspaper Wednesday that Britain was in a stronger position to deal with security threats from within the EU.

The former Royal Navy, Army and Air Force leaders says they were worried about the rise of the Islamic State group, instability in the Middle East and Russian nationalism.