Grandson of Iran’s Khomeini to appeal exclusion from polls 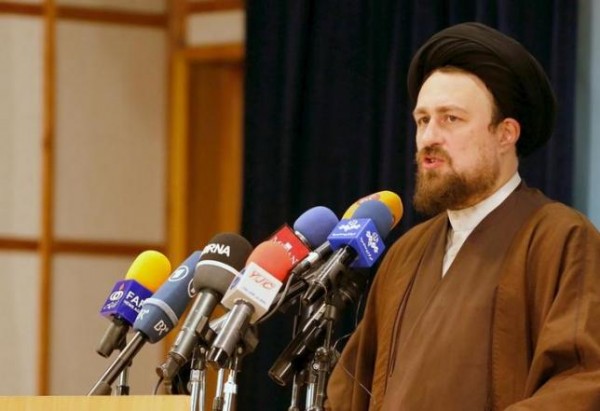 Hassan Khomeini, grandson of the founder of the Islamic republic of Iran, said Friday he would appeal being barred from running in polls for its powerful Assembly of Experts.

Khomeini, a cleric who has ties to reformist politicians, is among hundreds who have been excluded from elections next month for the assembly, which monitors the work of Iran’s supreme leader.

The Guardian Council, a conservative-dominated committee that decides who can run for public office, said only 166 of 800 candidates were approved.

“It’s a surprise to me and to many others that some of the honourable gentlemen in the Guardian Council couldn’t establish I am qualified,” Khomeini said on his official website.

The 43-year-old — grandson of Ayatollah Ruhollah Khomeini who led the 1979 Islamic revolution that ended the reign of US-backed Shah Mohammad Reza Pahlavi — said he would appeal the decision even if he believed it would be in vain.

“If the gentlemen couldn’t establish I am qualified through the testimonies of grand ayatollahs, and my lectures and writings, then it’s unlikely they will in the future,” he said.

But he would appeal “at the request of the public” and some religious and political figures, he said.

Khomeini, who failed to attend a qualifying exam, said other candidates had been vetted even without taking the test.

The rejected candidates have until Saturday to appeal.

So far 80 have appealed, state television quoted an official as saying Friday.

Voting for the 88-member assembly will take place on February 26, the same day as parliamentary polls.

The Guardian Council said last week that 60 percent of 12,000 candidates for those elections had been excluded. Only one percent of reformist hopefuls won approval.