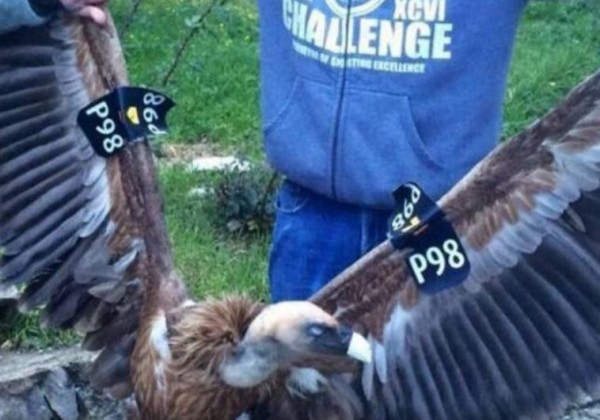 Residents of the town of Bint Jbeil in south Lebanon were surprised to discover on Tuesday morning a vulture carrying what they claimed was Israeli spy equipment, Lebanese media reported

According to the reports, the vulture, which arrived in Lebanon from Tel Aviv, according to a tag on its leg band, was immediately captured in order to prevent it from attacking Bint Jbeil’s citizens.

The town’s security staff later freed the bird after it was deemed not to pose any threat.

Lebanese media reported that the incident did not mark the first time that Israeli ‘spy vultures’ have infiltrated Lebanon. Three months ago, a similar “Israeli vulture” was captured in the village of Kfar Kila, also in south Lebanon.

Last summer, Palestinian media reported claims by the Gaza Strip’s Hamas rulers that they had apprehended a dolphin off their Mediterranean coastline, equipped with video cameras for an Israeli spying mission.

In 2011 Saudi media reported that a vulture carrying a GPS transmitter and an identification ring from Tel Aviv University had been detained by security forces who suspected it was being used for espionage.