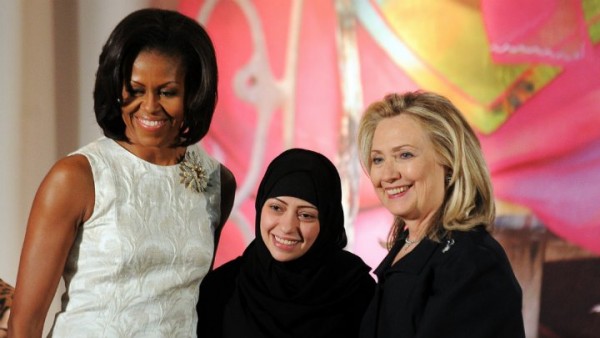 Political activist Samar Badawi is presented with an International Women of Courage Award by US Secretary of State Hillary Clinton and first lady Michelle Obama in Washington on March 8, 2012. Alex Wong, Getty images, AFP |
Share:
The sister of Saudi blogger Raif Badawi, who was recently sentenced to 10 years in prison and 1,000 lashes, was arrested on Tuesday and briefly jailed, Amnesty International said, calling it “damning proof” of the kingdom’s human rights abuses.

Samar Badawi was detained in the morning in Jeddah with her two-year-old daughter and interrogated by police for four hours before being transferred to Dhaban prison, the NGO said in a statement.

Raif Badawi’s wife, Ensaf Haidar, posted on Twitter that her sister-in-law was arrested on charges that she was managing a prominent human-rights activist’s account.

The activist, Waleed Abulkhair, who is also Samar Badawi’s ex-husband, is serving out a 15-year jail sentence.

Samar Badawi was “arrested on the charge of directing @WaleedAbulkhair”, Haidar, who is a refugee in Quebec, Canada, said on Twitter.

She was released on bail on Wednesday, wccording to Geneva-based NGO Dewany, pending her appearance before a judge.

Badawi has been under a travel ban by the country’s Ministry of the Interior since December 2014.

Philip Luther, director of Amnesty’s Middle East and North Africa programme, said her arrest “demonstrates the extreme lengths to which the authorities are prepared to go in their relentless campaign to harass and intimidate human rights defenders into silent submission”.

Badawi is the 2012 recipient of the International Women of Courage Award, which was given to her by US First Lady Michelle Obama and Secretary of State Hillary Clinton. 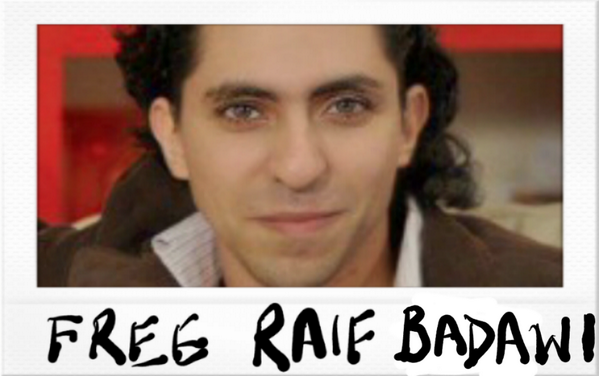 Her brother Raif, 31, was arrested that same year and convicted of “insulting Islam”.

His initial public flogging of 50 lashes in January sparked an international outcry against Saudi Arabia and its human rights record.

He co-founded the Saudi Liberal Network Internet discussion group, which promoted free speech and sought an end to the influence of religious leaders on public life in one of the world’s most conservative countries.