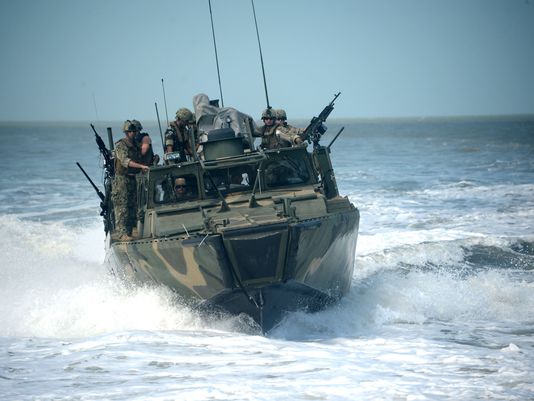 Iran released ten U.S. sailors on Wednesday after holding them overnight, bringing a swift end to an incident that had rattled nerves days ahead of the expected implementation of a landmark nuclear accord between Tehran and world powers.

Iran’s Islamic Revolutionary Guard Corps (IRGC) said it had freed the sailors after determining they had entered Iranian territorial waters by mistake. The sailors had been detained aboard two U.S. Navy patrol boats in the Gulf on Tuesday.

“Our technical investigations showed the two U.S. Navy boats entered Iranian territorial waters inadvertently,” the IRGC said in a statement carried by state television. “They were released in international waters after they apologized,” it added.

Confirming the sailors’ safe release, the Pentagon said there were no indications they were harmed while in Iranian custody.

A carefully worded statement did not explain how the sailors and their two riverine command boats ended up being detained by Iran, saying only that “the Navy will investigate the circumstances that led to the sailors’ presence in Iran”.

The sailors were later taken ashore by U.S. Navy aircraft, while other sailors took charge of the boats and headed towards Bahrain, their original destination.

U.S. Defense Secretary Ash Carter said he was pleased the sailors had been freed and appreciated “the timely way in which this situation was resolved”.

He added: “I want to personally thank Secretary of State John Kerry for his diplomatic engagement with Iran to secure our sailors’ swift return.”

The incident raised tensions between Iran and the United States, which, along with other world powers, reached a deal last year under which Iran will curb its nuclear activities in exchange for the lifting of economic sanctions.

Some conservatives in both countries, enemies since Iran’s 1979 Islamic revolution, have criticized the deal that is due to be implemented in the coming days.

Iran’s armed forces chief, Major General Hassan Firouzabadi, said the incident should demonstrate Iranian strength to “troublemakers” in the U.S. Congress, which has sought to put pressure on Iran after the nuclear deal.

And at a presidential campaign rally in the United States, Republican frontrunner Donald Trump, who accuses President Barack Obama of being weak on foreign policy, described the incident as “an indication of where the hell we’re going”.

Attributing the boats’ incursion into Iranian waters to a navigation error marked a de-escalation in rhetoric. Earlier, the Guards had said the boats were “snooping” in Iranian territory and said Foreign Minister Mohammad Javad Zarif had demanded an apology from Washington.

The IRGC, the Islamic Republic’s praetorian guard, is highly suspicious of U.S. military activity near Iran’s borders and many senior officers suspect Washington of pursuing regime change in Tehran.

The Guards operate land and naval units separate to the regular armed forces and stage frequent wargames in the Gulf, which separates Iran from its regional rival Saudi Arabia and a U.S. naval base in Bahrain.

Last month, the U.S. Navy said an IRGC vessel fired unguided rockets near the aircraft carrier USS Harry S. Truman in the Strait of Hormuz, a critical shipping route for crude oil that connects the Gulf to the Indian Ocean. Iran denied the vessel had done so.

In April 2015, the Guards seized a container ship belonging to Maersk, one of the world’s major shipping lines, in the Gulf because of a legal dispute between the company and Iran. The ship and its 24 crew members were released after 10 days.

The Guards have also seized British servicemen on two occasions, in 2004 and 2007, and a civilian British yacht crew in 2009. On each occasion the sailors were released unharmed after several days.