Hezbollah tells Rai : We won’t abandon our commitment to Aoun 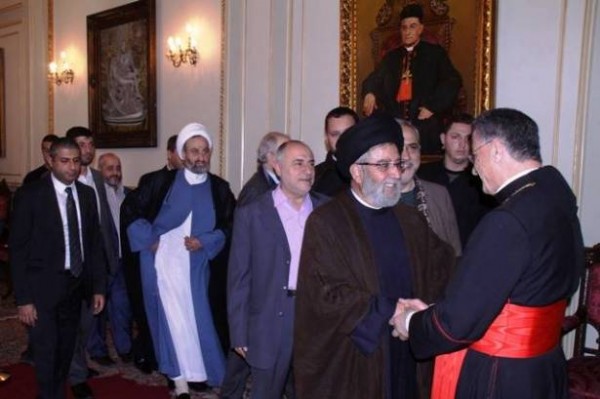 A Hezbollah delegation headed by Sayyed Ibrahim al-Amin al-Sayyed visited Maronite Patriarch Beshara al-Rai on Tuesday where it expressed its commitment to its ally Change and Reform bloc MP Michel Aoun in the presidential race.

Sayyed said after the talks: “We will not abandon our commitment to MP Michel Aoun at any political crossroads.”

“We do not accept that others reach a political settlement and then ask us to persuade Aoun to abandon the presidential race,” he added from Bkirki, in reference to the emergence of Marada Movement leader MP Suleiman Franjieh as a possible consensus candidate

“We are in agreement with the patriarch over the need to elect a new president,” continued Sayyed.

“We should not be the side that should remove obstacles standing in the way of any initiative or settlement,” he remarked.

“We are not concerned with such an issue,” he stated.

“Al-Rai understands our position and has asked us to play a role in the presidency,” he revealed.
Aoun has repeatedly declared that he would not abandon the race as long as he has a chance to win the elections.

But Franjieh, whose nomination was proposed by former MP Saad Hariri declared recently that even though he still supports Aoun, there exists a plan B in the event that Aoun cannot be elected

Franjieh described his ties with the Aoun as “abnormal.”

The patriarch urged last week officials to take the proposal of Franjieh,s candidacy “seriously ”but Aoun criticized him for his stance.

According to analysts Hariri’s initiative which calls for nominating Franjieh as the consensual presidential candidate has exposed Hezbollah’s intentions with regards to the presidency.

“Even though Hezbollah keeps reiterating that the Change and reform bloc leader MP Michel Aoun continues to be its candidate the party has done nothing to get him elected . Not one time has the party attended any of the parliament election sessions (after Lebanese Forces leader Samir Geagea secured 48 votes in the first session) to nominate Aoun.” The analysts noted.

According to the analysts Hezbollah does not want at this stage any president in Lebanon and is using Aoun now like it did in 2007 strictly to obstruct the election of a president.

Hezbollah according to the observers wants to continue to use Aoun to get a Christian cover for its Syria role and wait till the Syrian war is over before making a decision on the presidency . 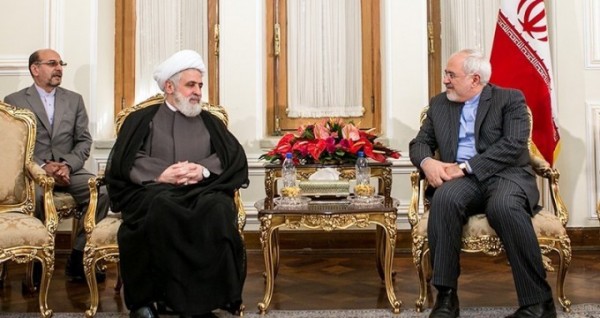