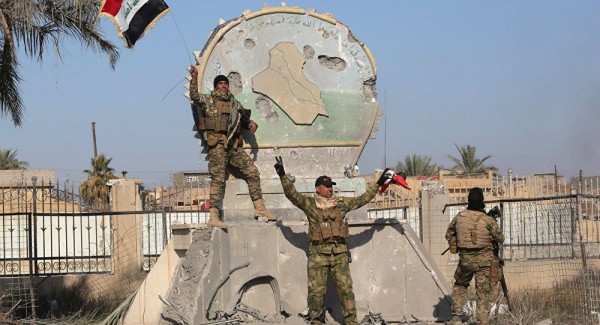 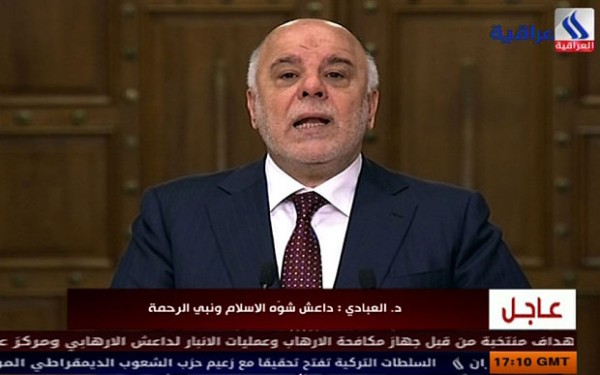 Iraqi Prime Minister Haider al-Abadi on Tuesday visited Ramadi a day after the army retook the city center from Islamic State, a victory that could help vindicate his strategy for rebuilding the military after stunning defeats in the past 18 months.

It is the first major success for the U.S.-trained force that fled in the face of the jihadist Islamic State militants’ surge through northern and western Iraq in June 2014.

Security sources said Abadi had arrived by helicopter at the Anbar University complex in Ramadi’s southern outskirts and would meet with commanders from Iraq’s army and counter-terrorism forces, which spearheaded the offensive.

Abadi later announced the visit to the Anbar provincial capital himself on Twitter and said he was inspecting troops at the main government complex there. He separately declared Thursday a national holiday in celebration.

The army’s apparent capture of Ramadi, in the Euphrates River valley west of Baghdad, marks a milestone for the forces, which crumbled when the ultra-hardline Sunni Muslim militants seized a third of Iraq in June 2014.

In previous battles since then, Iraq’s armed forces had operated mainly in a supporting role beside powerful Iranian-backed Shi’ite Muslim militias.

Hisham al-Hashimi, a Baghdad-based analyst who has worked with the Iraqi government, said the retaking of Ramadi suggested Abadi’s strategy of heavy U.S. air support while sidelining the Shi’ite militias, which have served as a bulwark against Islamic State but drawn objections from Washington, could be effective.

“Ramadi is an example that the regular army wishes to promote for upcoming battles of liberation,” said Hashimi.

“EXCITED ABOUT THIS VICTORY”

Ramadi is the only city to fall under Islamic State control since Abadi took office in September 2014, after the jihadists’ lightning advance across the north and west of the country.

“He is excited about this victory, because he managed to remove this blot from his historical record as commander-in-chief of the armed forces,” said Hashimi.

Abadi’s Shi’ite-led government has said for months it would prove the rebuilt capability of the army by reversing militant gains in Anbar, a mainly Sunni, largely desert province stretching from Baghdad’s outskirts to the borders of Syria, Saudi Arabia and Jordan.

As part of his security reforms, Abadi last year scrapped 50,000 “ghost soldiers” – army members who don’t actually exist but whose salaries are collected – and changed top security chiefs in a bid to improve performance. But he has faced resistance to dismantling a patronage system and rooting out incompetence in the security apparatus and other state organs.

Iraqi forces, though backed by U.S.-led coalition air strikes, had been slowed in Ramadi by explosives planted in streets and booby-trapped buildings by Islamic State fighters. Iraqi and U.S. officials have said pockets of insurgents held up in the city and its outskirts still needed to be cleared.

The government has said local Sunni tribal fighters will comprise the main holding force in Ramadi, a role played in other areas taken from Islamic State by mainly Iranian-backed Shi’ite armed groups.
REUTERS