Analysis: Will China join the fight against ISIS? 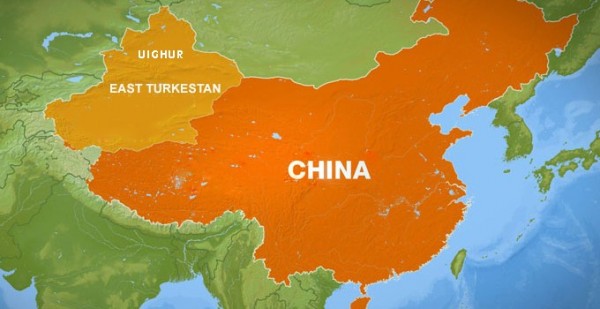 Share:
BEIJING — The killings of Chinese citizens by Islamic militants in and Mali place President Xi Jinping in a quandary: How can Beijing respond effectively without betraying its strict stance against intervention?

The dilemma underscores the tension between China’s desire to be seen as a leading global power and its desire to maintain its own independent foreign policy while shunning the U.S.-led Western liberal democratic political agenda.

How Xi will square that ideological circle and what concrete actions he’ll take in response could mark an inflection point in Chinese diplomacy. More likely, analysts say, he’ll stick to China’s long-established neutrality while possibly taking limited behind-the-scenes measures to help in the global campaign against Islamic extremists.

Regardless of what it chooses to do, China has increasingly found itself confronted by ISIS

Three Chinese – all high-ranking executives with the state-owned China Railway Construction Corp.’s international group – were among the 19 victims of last week’s in Mali’s capital, Bamako. The al Qaeda-linked group known as Al-Mourabitoun – or The Sentinels – has claimed responsibility for the attack.

Xi vowed to bring killers of the 3 Chinese executives to justice, but China has offered no details on how it plans to do so.

Calls online from the Chinese public dismissing Beijing’s response and calling for action against militants have been suppressed by China’s Internet censors. With more Chinese than ever traveling abroad for work, study and travel, the government has been under growing pressure to identify threats and ensure their safety through its consulates and embassies.

Al Qaeda, and more recently ISIS leader Abu Bakr al-Baghdadi, have also threatened China over what they call the oppression of the Muslim Turkic Uighur people native to the northwestern region of Xinjiang. in Xinjiang, and has been eager to equate that fight with the international struggle against extremist groups including ISIS and al Qaeda. Some critics see little evidence of substantial links between China’s Muslim Uighur groups and groups such as ISIS.

Chinese forces, some equipped with flamethrowers, recently concluded a 56-day operation to kill or capture 30 suspects in a deadly attack on a Xinjiang coal mine. China blamed the attack on insurgents it says were directly led by an unidentified overseas group.

A top Xinjiang official, Xi Hairong, this week warned that the continuing influence of “pan-Islamism and pan-Turkism thoughts” placed Xinjiang in “an active period for violent and terrorist activities and an acute period in the battle against separatists.”

China says that some have traveled to Syria to fight alongside ISIS, although Clarke and other outside observers question those claims.

And while China’s campaign against Uighur extremism has been relentless, it has shown no appetite to apply such tactics when threatened abroad.

Under Mao Zedong, China was a frontline combatant in global ideological battles, contributing to insurgencies in Africa and vying with both the Soviets and the West for influence in developing nations.

However, since the 1990s Beijing has remained on the sidelines in most major global security crises, often abstaining at the United Nations Security Council or following Russia’s lead in opposing actions such as the 2003 Iraq invasion.

Beijing felt especially burnt by its failure to oppose U.N. action in Libya that paved the way for NATO military action. When it came to Syria, Beijing was unmoving in its opposition to intervention, a stance it maintained even after Russia recently committed forces to defend the Syrian regime.

China’s objection to humanitarian interventions also has roots in fears of foreign interference in its own domestic affairs, particularly in Xinjiang and Tibet, where Beijing is largely seen as an occupying power. China is also hyper-vigilant about the introduction of Western concepts of democracy and civil rights into its own society and lashes out at all criticisms of the one-party state’s human rights abuses.

China has no particular affection for Bashar al-Assad, but doesn’t want to be seen as potentially supporting Washington’s position that he must give up power before ISIS can be defeated and the civil war ended, Clarke said. Uncertainty about how to rank the importance of its various foreign policy goals contributes to its inaction, he said.

“China often makes known what it is against, but rarely what it is for,” the longtime China watcher wrote.

Such attitudes dictate that, despite pressure on the government to respond to recent incidents, Beijing is unlikely to do so “in a meaningful way,” said Phillip Potter, a foreign policy and international relations expert at the University of Virginia who studies Chinese security policy.

“I think we are much more likely to see some increase in behind-the-scenes cooperation, but certainly nothing that would rise to the level of the use of force against Islamic State,” Potter said.

The Communist Party’s heavy-handed control of the media and public discourse means it can tone down coverage of attacks on Chinese and limit domestic pressure to act, Potter said. Tight border controls and other measures also limit its reliance on outside powers to prevent radicalized Muslims from returning to carry out attacks like the ones in Paris this month, he said.

Still, Xi has expanded his global influence by pursuing a vigorous diplomatic agenda. To do nothing in the face of militant attacks abroad could be seen as a sign of weakness both at home and internationally.

Ultimately, Xi will likely opt for a low-key response, such as providing military aid to Iraq’s beleaguered government, Clarke said.

“If China remains aloof, questions will continue as to whether China is in fact ready to play a global role.”
STAR DAILY STANDARD TIMES