Iranian (IRGC ) commander, 5 others killed in Aleppo , Syria were buried in Iran 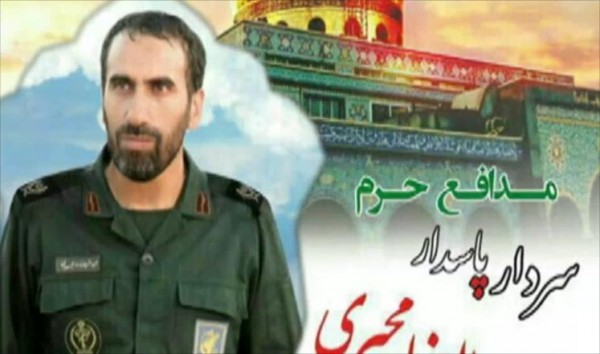 The bodies of at least six men including the commander of the Imam Hussein brigade of the Iranian regime’s Revolutionary Guards Corp (IRGC) who had been fighting in Aleppo for the embattled Syrian president Bashar al-Assad were buried last week in Iran.

Five Shiite Afghans were buried in Tehran and Damavand area . They were all between 19-21 years old. The IRGC commander identified as General Abdolreza Mojiri was buried in city of Esfahan.

An increasing number of members of IRGC have been killed in Syria in recent weeks.

The Iranian regime has been sending Shiite Afghan immigrants to Syria to serve as frontline fighters alongside Assad’s struggling troops.

The Afghans who live as illegal immigrants in Iran often are rounded up by the regime’s Revolutionary Guards.

They are given the choice of either fighting in Syria or going to jail in Iran.

The German magazine Der Spiegel in May estimated that at least 700 Afghans have now been killed in fighting around Aleppo and Damascus alone.

This reliance upon Afghan fighters is part of the Iranian regime’s strategy of support for the al-Assad regime, its key regional ally, which is coming under increasing pressure from Syria’s democratic opposition fighters.

The Iranian regime’s President Hassan Rouhani has said Tehran will back Assad “until the end of the road”. A number of other senior Iranian Revolutionary Guards commanders have been killed in the conflict in recent months.

In June, Iranian state media said that at least 400 men who have died fighting for Assad have been buried in Iran so far.

The Washington Post reported on Friday: “It is unclear precisely how many Iranians are fighting in Syria. While U.S. officials estimate their number to be in the hundreds, Phillip Smyth, a researcher on Shiite militant groups at the University of Maryland, said 2,000 Iranians or more could be deployed there.”

They appear to be increasingly involved in “direct combat” operations during the Russian offensive, which could explain the rising death toll, Smyth said.

The post report added: “Support for an autocratic leader such as Assad — whose forces¬ are responsible for many of the conflict’s more than 250,000 deaths — is not a popular cause for many Iranians, analysts say.”
With NCR