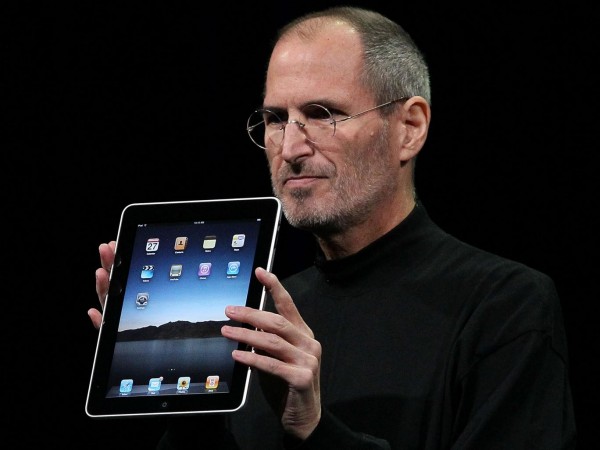 After a number of US states said they won’t be accepting Syrian refugees due to security fears after the Paris attacks, Twitter users have re-shared the fact that the creator of the iPhone was the son of a Syrian migrant.

Steve Jobs, the Apple founder who died in 2011 was the son of a Syrian man who moved to the US to study in the 1950s.

A number of Republican governors from states including Texas, Alabama and Michigan moved to block Syrian refugees over claims some of the terrorists involved in attacks on Friday which killed 129 people entered Europe by disguising themselves as refugees.

The decision comes despite a warning from President Obama on Monday, where he said “slamming the doors in [refugee’s] faces would be a betrayal of our values”.

Ironic you tweet against Syrian Refugees on your iPhones as Steve Jobs was the son of a Syrian refugee.

Job’s family background was widely shared by members of the tech community at the begining of the refugee crisis and it is now circulating again after these recent decisions.

Sure, Steve Jobs’ father was a Syrian immigrant. But before he was the father of a genius, he was a human being who deserved compassion.

Jobs’ father Abdul Fattah Jandali was born in 1931 to a well-off family in Homs, Syria, a city now most famous as the scene of some of the worst fighting in the country’s ongoing civil war.

He and his partner Joanne Carole Schieble had Jobs out of wedlock and were forced to give him up for adoption. They later married, and had Jobs’ biological sister Mona Simpson.