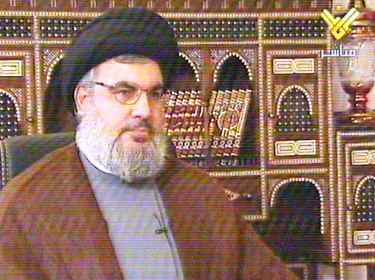 Lebanese Shi’ite group Hezbollah on Friday welcomed Russia’s military buildup in Syria in support of common ally President Bashar al-Assad, saying it was the failure of a U.S.-led campaign against Islamic State that had forced Moscow’s hand.

Russia has stepped up its military involvement in Syria while pressing for Damascus to be included in international efforts to fight Islamic State, a demand Washington rejects. By raising the stakes in Syria’s four-year conflict, Moscow has prompted its Cold War foe to expand diplomatic channels with it.

Nasrallah said Washington’s own campaign against IS, based on air strikes by a U.S.-led coalition and training so-called moderate Syrian rebels to fight on the ground, had been a “devastating failure”.

“The failure of America and the international coalition to bring defeat to Daesh was one of the reasons which called or pushed Russia to also come, and to get directly involved,” he said, using an Arabic acronym for Islamic State.

“We welcome any force which intervenes and supports the front in Syria, because through its participation, it will contribute to pushing away the major dangers that are threatening Syria and the region.”

Russia has declined to comment on the full scope of its military support for Assad, but U.S. officials have said it includes at least two dozen fighter jets as well as tanks, troops and artillery.

Damascus had not yet requested combat troops, Nasrallah noted, but he said this could happen “at any time.”

Nasrallah said Russia had been calling for months for a new coalition to fight against Islamic State which would include Syria, Iraq and Iran, fighting alongside the United States and its allies.

The United States opposes this, saying the Syrian president is part of the problem.

Nasrallah took aim at Turkey, from whose territory the U.S. air campaign is based, saying it could do more to stop the flow of jihadists to the Syrian battlefield by closing its borders and ceasing support for insurgent groups.

He said world powers had missed an opportunity during nuclear talks with Damascus ally Iran earlier this year to discuss a solution to the Syrian crisis.

Nasrallah also confirmed that a localized ceasefire agreement, backed by Iran and Turkey, had been struck in two areas of Syria, where Hezbollah is fighting alongside government forces against an array of insurgent groups including Islamic State and al Qaeda.

The deal, which Reuters reported on Thursday, would see besieged rebel fighters extricated from a town near the Lebanese border in return for the evacuation of civilians from two Shi’ite villages in the northwest.

The agreement was struck with Iranian and U.N. help.

Nasrallah on Friday reiterated  his support for Change and Reform bloc chief MP Michel Aoun’s presidential bid, noting that an electoral law based on the proportional representation system would pull the country out of its political crisis.

“As long as Aoun is running for presidency, we will support his candidacy  and no one can impose a president on us,” said Nasrallah

“Michel Aoun is not linked to any country, embassy or party and he has the courage to take his own decisions,” he noted.

Commenting on calls for electing a so-called “consensual president,” Nasrallah noted that “when you say that you want the election of any president, you would be insulting the presidency.”

“We want a strong president who cannot be ‘bought or sold,’ especially in this period that Lebanon and the region are going through. These characteristics apply to General Aoun,” he underscored.

Nasrallah also repeated the accusation that Saudi Arabia is impeding the presidential election in Lebanon.

“The obstacle in the presidential issue is well-known and even (al-Mustaqbal movement leader ex-PM) Saad Hariri had the intention to endorse Aoun’s presidential bid,” he said.

As for the national dialogue that got underway under the auspices of Speaker Nabih Berri, Nasrallah said the parties “can move to the other issues” should they fail to agree on the issue of the presidency.

Nasrallah  then proposed holding parliamentary elections under a proportional representation law as a way out of the country’s political impasse.

“In any country, when the political process reaches a deadlock, the rulers would return to the people … The problem in Lebanon is that the Constitution did not mention a referendum, although it exists in most countries in the world.

“We don’t have this mechanism and we can only return to the people through parliamentary elections,” he said.

“Holding parliamentary polls under any law will not solve the problem because the elections will yield the same results. Therefore, an electoral law based on proportional representation would be the gateway to give people a chance to elect a parliament that would improve the political life,” he explained.

Nasrallah then launched a scathing attack on the opponents of the proportional representation system.

But according to analysts Hezbollah is promoting proportional representation because it will be able to secure several Sunni and Christian parliamentary seats in the areas where March 14 alliance has a majority . On the other hand  March 14 will not be  able to secure any Shiite or Christian seats in areas where Hezbollah led March 8 alliance has a majority , simply because Hezbollah does not allow any opposition in areas under its control