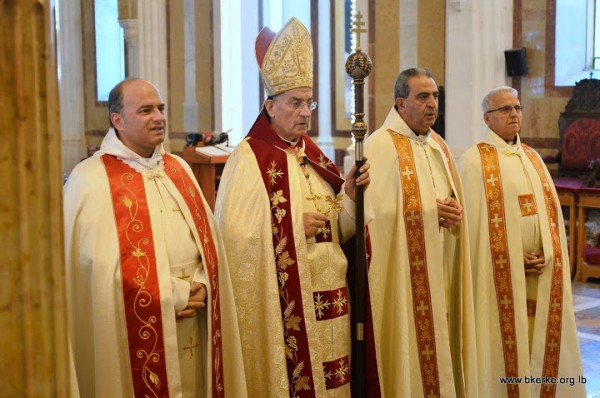 Commenting on the garbage crisis and yesterday’s ‘You Stink’ group  protest in downtown Beirut , Maronite  Patriarch Beshara al-Rai said on Sunday during the Sunday mass in Diman :”The tragic situation we are in is the result of consumerist materialism and politics at the expense of the rise of the state, NNA reported

“These are the personal goals, materials and policies that have blocked the election of a president for a year and five months, and thereafter, the work of Parliament and threaten to block the government. These were also behind the crimes, security chaos, corruption and misappropriation of public funds. This has led to depriving citizens of their most basic rights,” he  added.

“It is for these reasons that legitimate and fair popular protests were launched by youth and civil society in the capital and those of the countries of the Diaspora. It is unacceptable to ignore the demands of the protesters or to divert their main objective,” said Rai, focusing on the goal of the demonstrators as honest and just politicians who work for the good of the country in legal ways.

Rai concluded on Sunday that the immediate election of a president, according to constitution , is the only way out of the crisis.