Lebanon speaker says change should come from within the system. Calls for dialogue 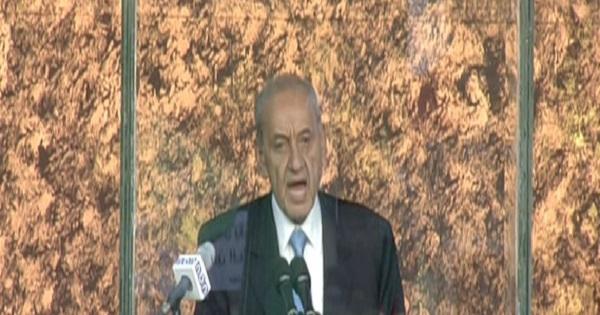 Lebanon’s parliament speaker on Sunday told supporters that change should come from within the system, rebuffing calls by protesters for the resignation of the Cabinet or individual ministers.

Several protest rallies this month were sparked by a summer trash crisis, with garbage piling up in Beirut after the government closed a main landfill without having prepared an alternative.

Berri said the government should not resign over the recent protests.

“In Amal, we insist on our sticking to the government and revitalizing it to answer the rightful demands” for change, he said.

He promised high-level talks to try to find a way out of long-running political gridlock that sparked large anti-government protests, including this weekend.

Berri called on the prime minister and the heads of parliamentary factions to meet in early September to chart a path toward holding elections.

On the occasion marking the 37th anniversary of the disappearance of Shiite Imam Moussa al-Sadr Berri told supporters :

” Within the first 10 days of  September , I will call for a dialogue limited to Tammam Salam and the heads of parliamentary blocs. In form, it won’t be any different from the 2006 dialogue, but it will be different in content. The agenda will tackle the presidency, the work of the parliament and the government, the electoral law, the law on restoring citizenship, the administrative decentralization project, and equipping the army.”
He added : We will not bargain over the people+army+resistance formula.

Underlying the frustration is Lebanon’s dysfunctional political system, based on sectarianism and patronage. Political influence is divvied up among religious groups, with the prime minister’s job traditionally going to a Sunni Muslim, the presidency to a Christian and the parliament speaker’s post to a Shiite Muslim. Growing deadlock has prevented timely elections for parliament and a new president.

The speaker decried sectarianism, saying he repeatedly tried to change the system — yet delivered his message to supporters waving the green flags of the Shiite movement Amal. “Every time, sectarianism proves to be stronger than me and the parliament,” he said.

Musa al Sadr Highway
Berri added : “Public Works and Transport Minister Ghazi Zoaiter declares that the Tyre-Naqoura road will be considered an international highway and that the Zahrani-Tyre-Naqoura highway will be named the Imam Moussa al-Sadr Highway.”

commenting on the disappearance  of  the Imam Berri accused the Libyans of holding the Imam  as a hostage .

In statements posted to his official Twitter account, Hariri was keen on Berri’s call for a dialogue session with leaders of the different parliamentary blocs spelled out in his recent speech and would await the speaker’s formal invitation. The former prime minister noted that reactivating the Parliament and preserving the government would be the two main pillars of Lebanon’s stability during the current turbulent period.

Hariri also said that an agreement ending the presidential crisis would help the government tackle other important issues.