Some protesters that came last night from Baalbeck to Riad al-Solh Square were  reportedly behind the riots , otherwise the protest in downtown Beirut in the Martyrs square was peaceful.

Commenting on the garbage crisis Maronite  Patriarch Beshara al-Rai said on Sunday:”The tragic situation we are in is the result of consumerist materialism and politics at the expense of the rise of the state.

“These are the personal goals, materials and policies that have blocked the election of a president for a year and five months, and thereafter, the work of Parliament and threaten to block the government. These were also behind the crimes, security chaos, corruption and misappropriation of public funds. This has led to depriving citizens of their most basic rights,” he  added.

Rai concluded on Sunday that the immediate election of a president, according to constitution , is the only way out of the crisis.

Commenting on the protest PSP chief MP Walid Jumblatt urged via Twitter the “You Stink” activists to exercise caution and prevent their movement from being politically manipulated, a possible reference to the rioters that came from Hezbollah stronghold in Baabeck

Both Hezbollah and its Christian ally MP Michel Aoun were accused  last week  of exploiting the “You Stink” movement for their  own agenda,  after Hezbollah  on Tuesday threw its weight behind the mass protests calling for the government’s resignation.

Minister of Social Affairs, Rashid Derbas told VOL: “Calling for resignation of Environment Minister is in vain” . He attributed the Cabinet’s failure to solve the garbage crisis to the deep rooted paralysis the state was suffering from, NNA reported.

The Movement praised the “You Stink” civil society campaign protest that was staged on Saturday, blaming the current situation in Lebanon on the failure to elect a new president, reported al-Mustaqbal daily on Sunday.

Hezbollah/ FPM
Hezbollah block MP Mohammad Raad, said on Sunday during a Hezbollah celebration in Bazourieh that his party’s engagement in “defending the country” does not distract it from people’s daily concerns and does not take away from its support to its ally, the Free Patriotic Movement (FPM).

“Some of those in power are delusional that we are too busy with confronting takfirists and Israelis, and so they attempt to alienate our political ally….but we will not allow anyone to isolate the FPM, particularly the person of Michel Aoun.” NNA reported

Speaker Nabih Berri is expected to launch on the occasion marking the   37th anniversary of the disappearance of Shiite Imam   Moussa al-Sadr  an initiative aimed at ending Lebanon’s current political deadlock. The commemoration will be held at 6:00 pm in the southern Lebanese city of al-Nabatiyeh.

Sources told the daily al-Mustaqbal Sunday that Berri will announce a “roadmap for a solution to Lebanon’s national crisis.”

The roadmap will cover the country’s presidential, governmental, and parliamentary deadlocks, they added.

As expected Berri revealed his initiative plan :” On September 3, I will call for a dialogue limited to Tammam Salam and the heads of parliamentary blocs. In form, it won’t be any different from the 2006 dialogue, but it will be different in content. The agenda will tackle the presidency, the work of the parliament and the government, the electoral law, the law on restoring citizenship, the administrative decentralization project, and equipping the army.”
He added : We will not bargain over the people+army+resistance formula.

Musa al Sadr Highway
Berri added : “Public Works and Transport Minister Ghazi Zoaiter declares that the Tyre-Naqoura road will be considered an international highway and that the Zahrani-Tyre-Naqoura highway will be named the Imam Moussa al-Sadr Highway.” 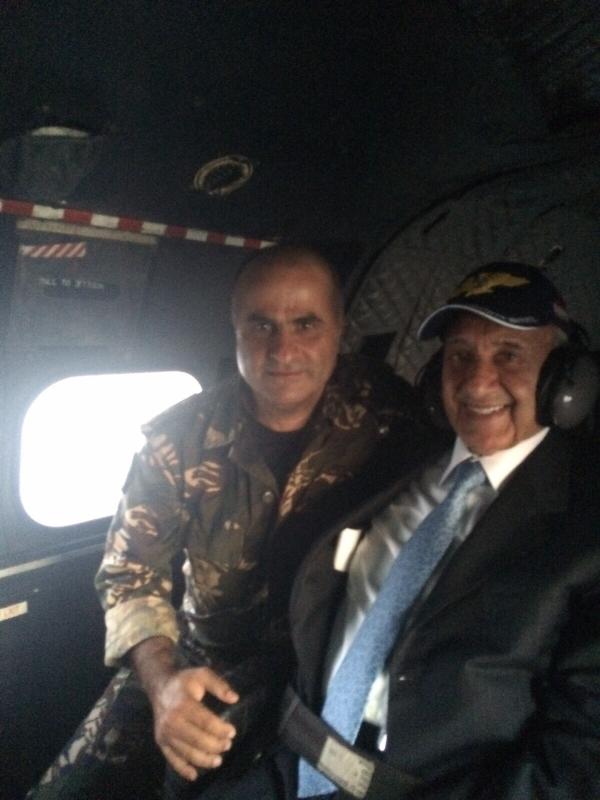