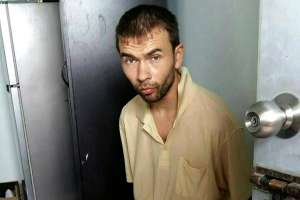 Police in Bangkok have charged a man in connection with the bomb attack that killed 20 people in the Thai capital nearly two weeks ago.

Officers say the suspect, who was charged with illegal possession of weapons, was involved in the attack.

However, they say he is not the man seen on CCTV footage leaving a bag at the Erawan Shrine before the explosion.

The bomb tore through the crowded shrine on 17 August, injuring more than 100, mostly tourists.

The man, who was described as a 28-year-old foreigner by police, was arrested in Nong Jok on the outskirts of Bangkok on Saturday.

Thai army chief General Udomdej Sitabutr said the man had so far not co-operated with investigators.

“We have to conduct further interrogations and make him better understand so he will be more co-operative – while we have to be careful not to violate the suspect’s rights,” he told the AFP news agency on Sunday.

The man’s nationality has not been confirmed but local reports suggest he could be from Turkey. Police said they found a large number of forged Turkish passports at his apartment.

Bomb-making materials also discovered in the property included ball bearings and piping, similar to what was used in the shrine attack, police said.

Police spokesman Prawut Thavornsiri said the man “is a culprit in the same network” as those behind the blast.

But national police chief Somyot Pumpanmuang downplayed any suggestion that the suspect was connected to terrorism.

“He is a foreigner, but it’s unlikely he is an international terrorist. It’s a personal feud,” Mr Somyot told a televised news conference.

“He got angry on behalf of his friends and family members,” he added without elaborating.

Meanwhile, Thai police have faced criticism for an image of a suicide bomb vest that was shown on television during the national broadcast announcing the suspect’s arrest on Saturday.

The image caused a stir on social media and police later said it had nothing to do with the bombing or the suspect. Thailand’s ruling military accused broadcast media of inserting the erroneous picture.

Police released a photofit of the man seen leaving a bag at the site shortly before the blast, showing the suspect with dark hair and glasses.

Officials said at the time of the attack that they suspected it had been planned a month or more in advance and involved at least 10 people.

The shrine is a popular destination for Chinese and Thai tourists.