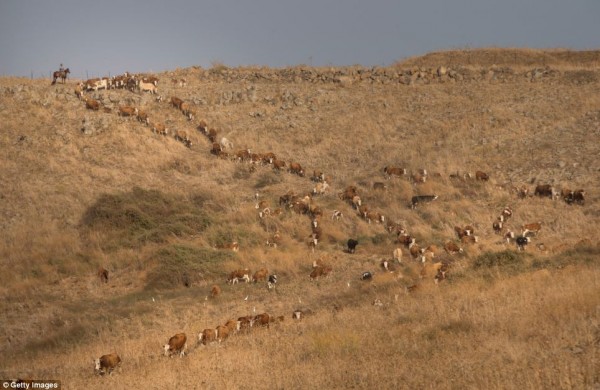 Israeli troops stole a herd of cattle Sunday after failing in their attempt to   abduct 3 Lebanese  shepherds in the outskirts of the southern town of Shebaa inside Lebanese territory, National News Agency ( NNA) reported on Sunday .

“An Israeli infantry force crossed the border this afternoon in the Jabal al-Zalqa area in the outskirts of the town of Shebaa, where it tried to kidnap a number of shepherds who eventually managed to escape,” NNA said.

After their botched attempt, the soldiers stole  a herd of cattle and took it to the occupied Shebaa Farms, NNA added.

The  3 shepherds  were identified by Hezbollah’s mouthpiece Al Manar   as as Mohammed Hashem, Youssef Zahra and Khodr Nabaa.

On June 1, a Lebanese shepherd escaped an abduction attempt by Israeli troops in a nearby area.

In April, Israeli troops made an incursion into Lebanese territory in a bid to abduct a shepherd but the attempt was foiled by the Lebanese man’s dog.