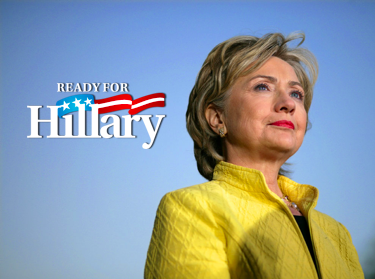 Hillary Clinton is planning to officially launch her US presidential campaign on Sunday while en route to Iowa, a source familiar with the campaign has confirmed to the Guardian.

The former secretary of state is scheduled to declare her second run for president on Twitter at noon eastern time on Sunday, the source told the Guardian, followed by a video and email announcement, then a series of conference calls mapping out a blitzkrieg tour beginning in Iowa and looking ahead to more early primary states.

Clinton’s Sunday schedule is booked beginning with takeoff from New York to Iowa, where speculation has centered for weeks that Clinton was focusing attention for an April campaign launch. Her scheduled calls are with advisers in other key battleground states.

Clinton’s spokesman, Nick Merrill, did not respond to multiple requests for comment on the contours of Clinton’s campaign kickoff schedule. Another source close to the Clinton campaign confirmed Clinton would be in Iowa in the coming days.

Clinton will be the first Democratic presidential candidate to declare for the 2016 presidential election, and is widely considered the frontrunner within the party.

Former Senator Jim Webb has launched an exploratory committee, as have several Republican contenders. But Clinton’s declaration of her second run for the White House was expected to send political shockwaves across the world, with the potential for the first female president of the United States.

But Iowa, where Clinton finished third behind Barack Obama and former Senator John Edwards in the early caucus in 2008, has been seen as a potential weak spot for a campaign juggernaut. A poll released on Thursday by Quinnipiac University showed Kentucky senator Rand Paul, who launched his presidential campaign on Tuesday, leading Clinton by 1 percentage point. (Paul and Webb will also be in Iowa on Friday; Senator Ted Cruz, who announced last week, was there on Thursday.)

Clinton has been quietly building a ground operation in Iowa, with a number of staff hires in Iowa including Matt Paul, a longtime aide to secretary of agriculture Tom Vilsack, to run Clinton’s operation, as well as veteran Iowa operative Brenda Kole as political director and DNC deputy communications director Lily Adams.

It is understood that Clinton’s campaign headquarters will be based in Brooklyn, New York, following reports last week that office space had been leased in the Brooklyn Heights neighborhood. Under federal election rules, candidates have a limited window to pay for offices and staffers without declaring their candidacy.

On Sunday, while travelling from New York to Iowa, Clinton will declare first not with a speech but on her Twitter account, where she has kept an active presence on political issues. One day later, Florida senator Marco Rubio is expected to announce his candidacy in Miami – almost certain to be overshadowed by Clinton’s tour of Iowa and beyond.

The rally will take place in Manhattan island on Saturday. U.S. Rep. Carolyn Maloney and Manhattan Borough President Gail Brewer are among those who plan to attend.

The “Ready for Hillary” grassroots movement has been encouraging Clinton to run for president in recent years.
The Guardian/ Newsday