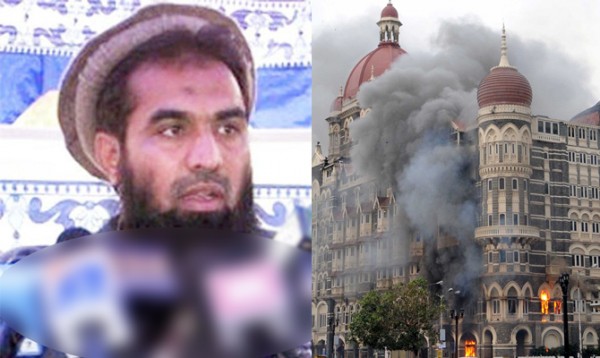 A Pakistani court freed on bail on Friday a man accused of plotting a 2008 assault on India’s financial capital Mumbai that killed 166 people, his lawyer said.

The move provoked a sharp rebuke from India, which warned that relations between the two nuclear-armed neighbours were deteriorating. The United States said it was “gravely” concerned by the court move.

The decision to release Zaki-ur-Rehman Lakhvi came months after India and Pakistan were engaged in their worst cross-border violence in more than a decade in the disputed Kashmir region.

“Lakhvi has been released and he is out of the jail now,” his lawyer, Malik Nasir Abbas, told Reuters on Friday. “I don’t know where he will go now.”

India’s Ministry for External Affairs swiftly condemned the decision. “This has reinforced the perception that Pakistan has a dual policy on dealing with terrorists,” said a ministry spokesman.

“Those who have carried out attacks or are positing a threat to India are being dealt with differently and this is a most negative development in so far as bilateral ties are concerned.”

In Washington, the U.S. State Department said it was concerned and considering what steps to take next.

He was arrested in Pakistan in 2009 and later that year, he, and six other suspects, were charged in connection with the Mumbai attack. Local media said at the time they had pleaded not guilty and case is still pending.

Relations between India and Pakistan, which have fought three wars since independence in 1947, nosedived after the assault and have not fully recovered. A dispute over the Kashmir region periodically flares into violence.

Lakhvi was originally granted bail by an Anti-Terrorism Court in Islamabad on Dec. 18, two days after an attack on a high school in the Pakistan city of Peshawar killed 132 children. The Taliban claimed responsibility for the assault.

The fact that he was granted bail just two days after the school massacre forced the government to detain Lakhvi under “Maintenance of Public Order” legislation.

His lawyer told Reuters on Friday that his client had been granted bail once more because of insufficient evidence.

His release prompted some outrage on social media.

“Dear Pakistani courts. Would it take Lakhvi to mow down children in a Peshawar school for you to see him for the terrorist he is?” read one tweet.