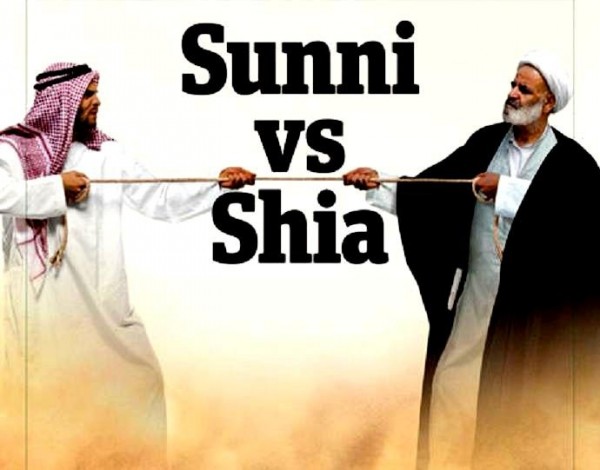 Why is the Middle East in turmoil?
In a half-dozen nations, tyrants who once ruled by fear and repression have been toppled, unleashing centuries-old sectarian rivalries and bloody struggles for power. Syria’s horrific civil war is spilling into Lebanon and threatening Jordan and Turkey, while Iraq has effectively devolved into three nations — one Shiite ( or Shia) , one Sunni, one Kurdish. In the chaos, a particularly malignant form of radical Sunni Islam, the Islamic State of Iraq and Syria, or ISIS, has seized large swaths of territory in Syria and Iraq. Now Yemen has erupted into yet another civil war that has drawn in forces from the whole region. Each conflict has many local causes — including complex tribal rivalries and a struggle over oil — but underlying them all is the new Great Game for dominance between the Sunnis and Shiites. The largest Shiite state, Iran, is spreading its influence by funding and arming militias throughout the region, while the largest Sunni state, Saudi Arabia, is now countering by organizing a joint Arab defense force of 40,000 elite troops from Sunni nations. “Since Israel’s creation in 1948, the Arab-Israeli problem has almost been synonymous with the Middle East problem,” says political scientist Michael Gunter. Now, though, “the Sunni-Shia split is the main catalyst driving events.”

Why is that rivalry raging now?
It has fueled conflict and repression since the dawn of Islam in the 7th century, but was ignited into a bonfire in 2003. That’s when the U.S. overthrew the Sunni-dominated regime of Saddam Hussein in Iraq. Hussein had long brutally suppressed Iraq’s Shiite majority, and his fall turned that power dynamic on its head. The new Shiite-dominated government of Nouri al-Maliki marginalized Iraq’s Sunnis, denying them any real voice in the new national government. Sunnis rebelled, and al Qaeda and other extremist Sunni groups joined in the attempt to divide Iraq; in the ensuing bloodbath, both Sunnis and Shiites committed scores of atrocities that killed tens of thousands and deepened animosity between the two sects. The Persian Shiites of Iran, meanwhile, seized on the chance to ally with Shiites in southern Iraq, and gained regional influence. All these events served as a powerful lesson for Iraq’s Arab neighbors.

What did they learn?
They saw that even the most fearsome dictators could be driven from power. Beginning in 2010, the uprisings of the Arab Spring toppled dictators in Tunisia, Libya, and Egypt, and helped to spark the ongoing war in Syria. Unfortunately, these revolutions did not lead to democracy and freedom, but instead to chaos, repression by new power brokers — and growing influence for Iran.

What is Iran’s agenda?
Since the 1979 Islamic Revolution that transformed Iran into a Shiite theocracy, the ayatollahs have sought to strengthen Shiite minorities across the Arab world. Shiites make up only about 15 percent of Muslims worldwide, but they are a majority in the oil-rich areas of Iran and Iraq and have significant minorities in Saudi Arabia, Syria, Lebanon, and Yemen. Iran has become a de facto partner of Iraq’s Shiite-led government, training 100,000 Shiite militiamen to defend against ISIS and Sunni insurgents. Iran also is meddling in Syria, providing critical support to buttress Bashar al-Assad’s regime, which is Alawite, a Shiite splinter sect. And now Iran has encroached on Saudi Arabia’s backyard, Yemen, by providing funding and other support to Yemen’s Houthis, who are Zaydis, another Shiite splinter sect. Alarmed by Iran’s advance, the Saudis last week intervened in Yemen’s civil war, bombing Houthi positions and massing 150,000 troops on the border. “This is the first example of the Saudis pushing back physically against a Shia insurgency and by extension Iran,” said John Jenkins, the executive director for the International Institute for Strategic Studies-Middle East.

Who is the U.S. backing? 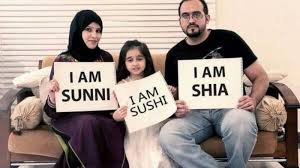 That depends on the venue. Saudi Arabia has long been a major U.S. ally, and in Syria, the U.S. and the Saudis are on the same side, providing some support to Sunnis rebelling against Assad. In Iraq, though, the U.S. finds itself tacitly allied with Iran, as both support the Iraqi regime in the struggle against ISIS. The Saudis and other Sunnis are deeply worried by the Obama administration’s outreach to Iran, especially if a nuclear deal leads to the lifting of sanctions. “A lot of the Gulf countries feel they are being thrown under the bus,” said Mishaal Al Gergawi, a commentator in the United Arab Emirates. Saudi King Salman recently met with the presidents of Egypt and Turkey, the two Sunni states with the most military muscle, to discuss uniting against the Iranian threat. The new Great Game, it appears, has just begun — and years of chaos and violent conflict appear inevitable. “In the 20th century, each state had its ‘one-man show,'” said Uzi Rabi, an expert on the region at Tel Aviv University. “We are on a journey to an unknown chapter in the Middle East.”

ISIS: A cult without allies
Though most Mideast rebel groups are allied with either Saudi Arabia or Iran, ISIS stands alone. The self-proclaimed caliphate has embraced an extremist, medieval form of Sunni Islam in which Shiites (as well as Yazidis, Christians, and all other “infidels”) can be justifiably slaughtered. Shiite Iran, naturally, sees ISIS as a direct threat. But even Sunni Saudi Arabia is horrified by the jihadist group’s rise — a great irony, given that the seeds for ISIS’s ideology were sown by the extreme, Wahhabi-Salafist form of Islam that Saudi Arabia has supported, funded, and exported for decades. ISIS leader Abu Bakr al-Baghdadi is no fan of the U.S.-allied Saudi monarchy, calling it the “head of the snake and stronghold of disease.” This gives ISIS quite a list of enemies: the Saudis, Iran, Syria, Turkey, Egypt, the U.S., and the nations of the European Union. ISIS, says F. Gregory Gause of the Brookings Institution, “has the unique ability to unite most of the players in the new Middle East against it.” In the long run, that makes the terrorist group unlikely to survive the struggle for control of the region.