Fearing Russia will invade them, Poles enrol in volunteer militias 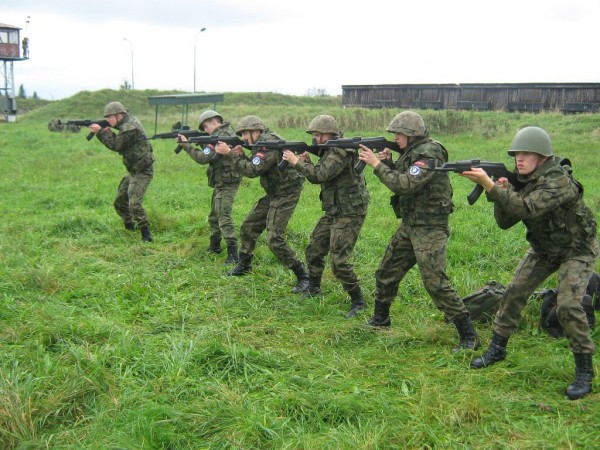 Spurred by the war in Ukraine, growing numbers of Poles are joining volunteer paramilitary groups to get basic military training and prepare to defend their homeland from what some see as a looming Russian invasion.

The Polish government has kept its distance from the unofficial civilian militias but, with anxieties about Moscow’s intentions growing, the professional military is now looking for ways to harness the volunteer groups.

There are an estimated 120 such groups in Poland, with total membership around 10,000. Eight hundred members gathered on Friday in Warsaw at a meeting organized by the Defense Ministry, the first time they have been given official recognition.

Defense Minister Tomasz Siemoniak told them his ministry would pay the wages of 2,500 people who would form the backbone of local volunteer units to be mobilized in the event of a war.

The Polish president’s chief security adviser, General Stanislaw Koziej, told Reuters the new approach had been prompted by the conflict in neighboring Ukraine, where Russia is accused of fighting alongside pro-Moscow separatists.
“Until recently, paramilitary organizations treated defense as a pastime,” he said. “Today, as we face a war across our border, they realize that this pastime could contribute to the country’s security.”

Poland is a member of NATO, but the defense alliance rejected requests from Warsaw to establish a substantial permanent presence on Polish soil. That has shaken Poles’ faith in NATO’s resolve, officials in Warsaw say.

Instead, Poland is counting on a bilateral defense partnership with the United States, while building up its own defense capability, both conventional and unconventional.

On a Saturday morning in March, 15 volunteers from the National Defense militia, an informal volunteer group, gathered in the rain and bitter cold in a forest near Minsk Mazowiecki, 40 km (25 miles) from Warsaw, to plan their weekly maneuvers on a map sketched in the sandy soil.

Dressed in full military camouflage with fake rifles in their hands, the volunteers eagerly consulted a dog-eared photocopy of a military handbook before splitting into teams to practise ambushing an enemy.

Bernard Bartnicki, a student who led the drill, said the war in Ukraine boosted the organization’s ranks.

“Back in the day we would have two, maybe three people at our recruitment days, now it’s 20, sometimes 30” he said.

General Boguslaw Pacek, a defense ministry adviser, has conducted a countrywide survey and estimated total membership at around 10,000.

Some of the 120 or so groups have as few as 30 members, Pacek says, and their skill levels vary. But because they are scattered all over the country, they could form a useful line of local defense in the event of war.

He said the army was looking into compiling training manuals for them and supplying them with surplus equipment. 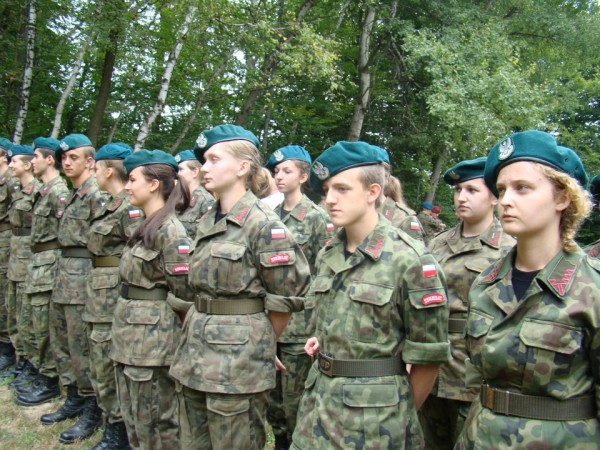 Many defense analysts say a Russian attack on Poland is highly unlikely. Countries such as Moldova, Latvia or Estonia, with substantial Russian-speaking minorities, are much more likely targets, they say.

But suspicion of Moscow runs deep in Poland, which was ruled by Czarist Russia for over a century and under Soviet domination for over four decades after World War Two. It borders on Russia’s Baltic enclave of Kaliningrad.

Moscow denies it has any plans for an offensive and says it has no direct role in the fighting in eastern Ukraine.

Kiev and its Western allies blamed Russia and the Moscow-backed separatists, who responded that Ukraine’s military had shot the plane down.

Przybyl said he was shocked at what happened and started to worry Poland was again coming under attack by a foreign power.

“I want to decide what country my son lives in, and what language he speaks,” he said.

His unit, also part of the National Defense militia, was carrying out exercises in a forest near Otwock, near Warsaw. New recruits took 5-km (3-mile) marches to test their stamina.

“Let’s be honest, at war we would likely be cannon fodder,” Przybyl said in an interview. But he said it was his duty to serve if war does break out.

“I never considered running away,” he said.