Some U.S. allies may send troops to Syria with trainees, report 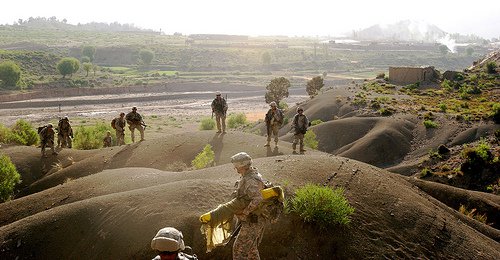 Some U.S. allies in the fight against Islamic State militants in Syria may be willing to send troops to accompany and support the Syrian opposition force the coalition is planning to train and send back to Syria, Army General Ray Odierno said on Wednesday.

Odierno, the U.S. Army chief of staff, told the Senate Armed Services Committee the military was aware the Syrian opposition force would need help and support once it returned home and was studying how best to provide that assistance.

Asked whether forces loyal to Syrian President Bashar al-Assad might immediately try to wipe out the coalition-trained opposition, Odierno said the allies would be cautious about where the troops were inserted and what operations they initially undertook.

“As we look at employing those forces once they’re trained, I think we’ve got to be very careful about how we do that,” Odierno said. “I think we would work with … some of our allies that might be able to put some people in there with them.”

“We’d be very careful in where we place them and what their initial missions would be as they continue to develop capability,” he added. “I also believe there would be some enabler support that would be necessary in order to help them.” 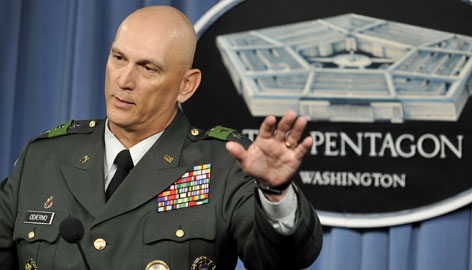 Odierno did not specify what type of enablers might be necessary. The word is often used to refer to troops who do intelligence or surveillance, medical evacuation, communications and other jobs that support combat operations.

The Army chief said that since the purpose of the opposition force was to confront Islamic State militants, the allies would make an effort initially to place it in a location where it was not likely to come under attack from Assad’s military.

The U.S. military last month began vetting Syrian opposition members to identify candidates to receive military training at camps being set up in up to four countries across the region.

The allies have identified about 2,000 Syrian opposition candidates for the training so far, a Pentagon spokeswoman said.

About 400 have progressed through the first stage of vetting, which involves compiling biographical data. The final stage is a full biometric screening, she said. The full vetting process takes about six weeks.

Coalition partners hope to train 5,000 to 5,500 Syrian opposition members per year, beginning small with about 200 to 300 trainees per group.