Israel’s Arabs vote en masse to get rid of Netanyahu 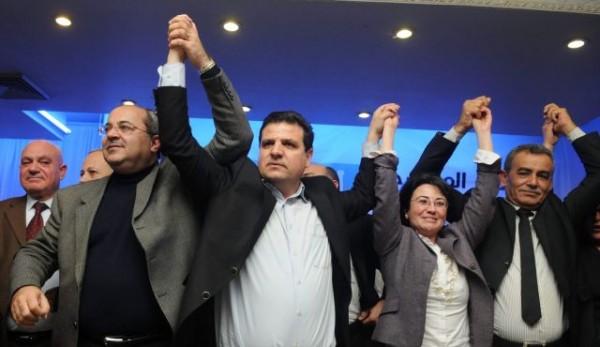 “This is the first time that I’ve seen so many people here to vote,” said Ehab Hamam, 37, as he waited with some 50 people at a polling station in Haifa, a mixed Jewish-Arab city.

“For the Arabs, voting in this election is saying to the right: We are here,” he told AFP.

Israel’s Arabs, who account for just over 20 percent of the population, have long complained of feeling disenfranchised.

But this year, after the main Arab parties joined forces in a list tipped win as many as 13 mandates in the 120-seat parliament, voters have been infused with a new sense of hope.

“I voted for the Arab list,” said Nareen Tibi, 22. “We believe that unity is a chance to make a change.”

The head of the Joint List that includes nationalists, Islamists and the Jewish-Arab Communist party described it “a historic day for the Arabs”.

“Today we are giving our answer to racism and to those who want to exclude us,” said Ayman Odeh.

Three hours into the voting, turnout within the Arab sector stood at about 10 percent, compared with 3.0 percent in 2013.

“The rule of the rightwing is in danger. Arab voters are going in droves to the polls,” said the Israeli leader whose Likud is expected to come second to the centre-left Zionist Union.

“Go to the voting stations, bring your friends and families, vote Likud!”

In Shefa Amr, another Arab town near Haifa, political activist Ahmed Hamdi said that by midday turnout was about 27 percent.

Experts have said that by uniting into a single list could hike turnover 10 percentage points to 66 percent.

“Today we are changing the rules of the game,” Hamdi grinned.

Even among Jewish Israelis there are those who are casting their ballots for the Joint List.

“People should vote either for Meretz, the only socialist party in Israel, or the Joint List,” said Professor Yoram Barak who works as a psychiatrist.

“Only by connecting to the other — in this case our Arab neighbours — can we find a way to start making true social change in Israel,” he said.

Israel’s 1.3 million Arabs are the descendents of 160,000 Palestinians who remained on their land when the country was established in 1948.

In Jerusalem, 65-year-old Jihad Ghanim is hoping to get rid of Netanyahu.

“As an Arab who took Israeli nationality, there’s no other choice for me, so I’m voting for the Arab List,” he said.

“I’m voting based on the issue that’s closest to my heart — the Palestinian issue.”

It’s time for change, he says.

“The right wing has taken over, so I’m hoping the Arabs can be part of a bloc formed against Netanyahu.”

If the slate manages to reach 13 seats or more, it could end up being the third largest bloc in parliament — with Odeh very possibly the next opposition leader: a first for an Arab MP.

Until now, he has ruled out joining a coalition government. But he is keeping his cards close to his chest.

“After the elections, we will listen to what Herzog has to say and then we will decide,” he told AFP.