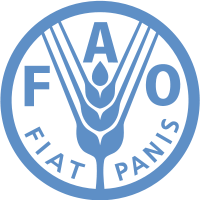 Experts from the United Nations’ Food and Agriculture Organization  were dispatched to Lebanon at the request of  Agriculture Minister Akram Shehayyeb, to inspect the Beirut slaughterhouse in order to to assess the situation  in light of its closure in November.

A  team of three international experts arrived on Tuesday and the  toured the abattoir ahead of making the necessary recommendations to ensure that it meets the necessary modern and food safety standards.

Shehayyeb accompanied the experts during their tour

A report is expected to be issued within two weeks.

Health Minister Wael Abou Faour had ordered the closure of the slaughterhouse last November due to the poor health and safety standards there.

Last December Abu Faour  also ordered the shutdown of the food and medicine warehouses at Beirut airport, citing poor sanitation and expired items and called the facility an execution chamber. He also vowed to combat the “mafias” linked to the food safety file and acknowledged that his campaign has been met with resistance.

It said in a statement that a man and his two sons were storing spoiled chicken at their residence and later selling them to restaurants.

Security forces raided their house  and seized 250 kgs of chicken and two vehicles that were used to distribute the product.

Also on Tuesday, security forces in the Bar Elias region in the eastern Bekaa raided a warehouse where olive oil was being blended  with sunflower oil. Usually this  means that  the seller will try to cheat the consumers by claiming the product is 100 % Olive oil .