Saudi stock market will open to foreigners within months 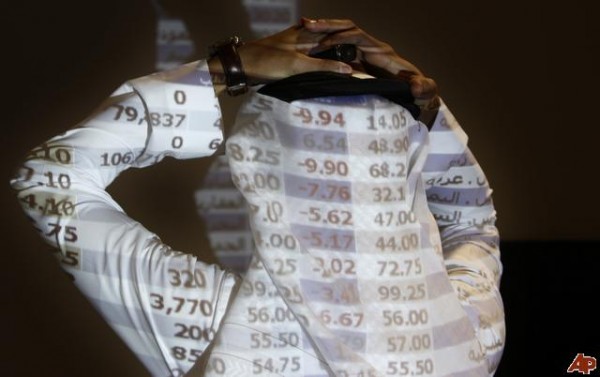 Saudi Arabia said it’s on track to open the Arab world’s biggest stock market to foreigners in the first half of the year, confirming no change of policy since a new monarch ascended to the throne following King Abdullah’s death.

The Capital Markets Authority has issued draft laws and is assessing investor feedback before it approves the regulations and sets an official date for the lessening of restrictions on the $484 trillion exchange, governor Mohammed Al-Sheikh said at a conference in Riyadh today. King Salman pledged on Friday to maintain the oil-rich nation’s current policies and asserted all ministers will stay in their posts.

Abdullah, who on Jan. 23 passed away aged about 90, helped drive a 27 percent stock rally in the past four years with a $130 billion spending plan. The market regulator’s comments today underscore the kingdom’s commitment to its economic plans as it seeks to boost non-oil industries amid plunging crude prices. The Tadawul All Share Index rose 0.7 percent in its first day of trading following the late king’s death, the largest increase among Persian Gulf stock markets.

The feedback process “indicates that there is genuine and significant demand and interest in the Saudi market,” Al-Sheikh said at the Riyadh conference.

Investors from outside the six-nation Gulf Cooperation Council (BGCC200) aren’t allowed to invest directly in stocks and have to get access to the market through equity swaps and exchange-traded funds. Saudis accounted for 95.05 percent of the value of Saudi shares traded in December, with other GCC nations at 2.08 percent and others 2.87 percent, according to bourse data.

“Markets can hence expect continuity from Saudi Arabia in the near term,” VTB Capital said in an e-mailed note on Jan. 23. “King Salman is thought to be more conservative than his predecessor, but also has a reputation of being a consensus builder in the royal family.”