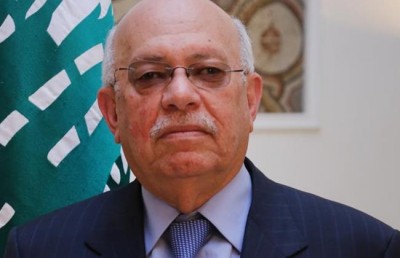 Social Affairs Minister Rashid Derbas stressed on Thursday that the new visa measures affecting the Syrians traveling to Lebanon do not apply to the Syrian refugees who are already in Lebanon and registered with UNHCR, As-Safir newspaper reported on Thursday.

“The new regulations do not apply to the Syrians who are holding a refugee card and registered by the U.N. refugee agency” UNHCR, Derbas told As Safir newspaper, but added.

“However, if the refugee decides to go back to Syria and then return to Lebanon they will then have to comply with the new regulations and justify the reason behind their return,” Derbas said

The minister denied any racist motivations behind the measures, stressing that the aim is to reduce the influx of Syrians as the country can’t handle anymore the social and economic burden imposed by the inflow.

“We want to reduce the influx of Syrians as the country can’t handle anymore the social and economic burden imposed by the inflow,” Derbas stressed

His comments come after the U.N. agency voiced concern over the new requirements, which require Syrians who want to enter Lebanon to secure one of six types of visas.

“What is wrong with requiring that applicants have their necessary documents and providing the reason behind their visit? Isn’t this consistent with the minimum state obligations?” Derbas asked.

Derbas also said he will present some ideas aimed at helping Syrian refugees cope with the violent winter weather during Thursday’s cabinet meeting.

A U.N. report said on Wednesday that Lebanon is hosting the largest number of new refugee arrivals between January and June 2014.

UNHCR said Lebanon shot up from being the 69th largest refugee-hosting country to second largest within just three and a half years.

The new Lebanese measure raise the prospect of Syrians being unable to flee the violence that has killed more than 200,000 people since March 2011.