Woman who seduced Hezbollah officer into betrayal is missing , report 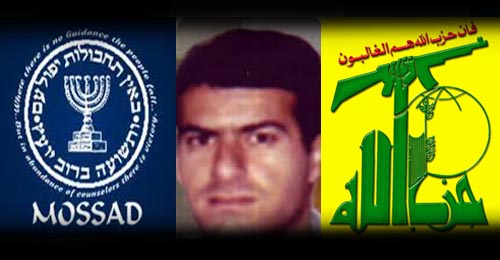 According to Israeli website Debka File Hezbollah official Mohammed Shawraba , 42 who was arrested last week over spying for Israel was managing Hezbollah’s straw companies in Italy and Spain .

Through these companies he organized the purchase of arms, the smuggling and laundering of funds and the acquisition of technical and electronic equipment for Iran, Debka reported.

He reportedly was conducting his business at frequent meetings in top restaurants and night clubs.

The report added that the Hezbollah executive quickly developed a taste for the high life of Europe and soon found that beautiful young girls were useful bait for promoting business.

According to DEBKAfile’s sources, Shawraba’s high-life career in Europe spanned nine years, from mid-2000 to December 2014.

But while still riding high, he was snared in 2005, by one of the good-time girls he used to catch business contacts. He fell for her, had her move into his villa and made her his constant companion on his travels and business engagements.

In 2007, the Hezbollah official and the woman were secretly married.

From that time on, he fully shared his clandestine life with his wife, spilling everything he knew about the organization he served into her willing ears, the report added

He reportedly never informed his bosses about his mistress or that they were married.

It came to light when he was summoned to Beirut last year and faced interrogation. Hezbollah lost no time and sent agents at once to the last places she was seen in Europe. But the trail was cold. The femme fatale had vanished without a trace or the slightest clue to whom she worked for.

Hezbollah and the Iranian agents who joined the extensive hunt were forced to conclude that the mysterious spy, having performed her mission with high success, had long since been whisked to safety by her handlers. In possession of their innermost secrets, she had left behind nothing but a trail of enigmas about who they were and her identity.

Following Shawraba’s arrest some reports indicated that he was recruited by the Israeli Mossad and paid a million dollars for a steady stream of information that he was also responsible for the Hezbollah leader Hassan Nasrallah’s security.