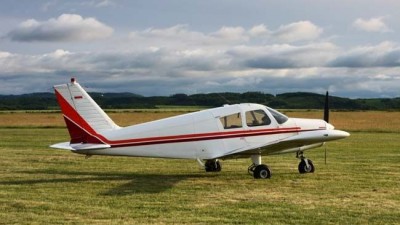 A disoriented seven-year-old US girl has walked to a home in the US state of Kentucky to report that her plane had crashed, police say.

The plane was later found with four bodies inside in Lyon County, about 30 miles (50km) east of Paducah city.

US TV news network NBC said the girl told the man who answered the door to her that her parents died in the crash.

The identity of the girl has not been released and police have not commented on her relationship with the victims.

About 30 minutes after the plane lost contact, a resident of Lyon County called police to say the girl had walked to his home to report the crash.

‘Brave little girl’
Larry Wilkins, 71, told NBC when he answered his door on Friday night there was a “little girl” standing there barefooted who was “bleeding pretty badly”.

“She told me that her mom and her dad were dead, and she was in a plane crash, and the plane was upside down,” he said.

“She asked if she could stay here. I got a wash cloth and cleaned her up. And of course called 911,” he added. “I felt so sorry for her, tears come to my eyes. Brave little girl.”

“This girl came out of the wreckage herself and found the closest residence and reported the plane crash,” Kentucky police Sgt Dean Patterson told reporters.

“It’s a miracle in a sense that she survived it, but it’s tragic that four others didn’t,” he added.

He said the plane had been heading for Illinois from Florida and had crashed in a wooded area near a lake.

The girl is reported to be in hospital receiving treatment for non-life-threatening injuries.