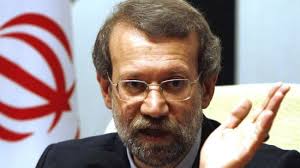 The Iran’s speaker of parliament said Monday his government was mindful of regional players working against Tehran in the global oil marketplace.

Iran is trying to retool an economy stifled by Western economic sanctions and now the low price of oil, off about 45 percent from its June value. The price of oil Monday was around $61 per barrel. Iranian officials have said they are drafting a budget for the fiscal year that begins in March based on $70 per barrel.

Speaker Ali Larijani said from the sidelines of a visit in Syria the government in Tehran suspected the same countries that worked against it during the Iran-Iraq war in the 1980s were the same as those working against it now.

“We will not forget which countries are conspiring to reduce oil prices,” he said. “It would be a mistake if they imagine that they can change the strategic and important issues of the [Middle East] region through oil.”

Price variances among the 12 blends from the Organization of Petroleum Exporting Countries, of which Iran is a member, are seen by some as a sign of internal rivalries among producers that can withstand lower oil prices and those that can’t.

Saudi Arabia, seen as the most influential producer in OPEC, sided with the United States and other regional allies to back the Sunni government of Saddam Hussein during the 1980s conflict, seeing Islamic revolution in Iran as a cause for concern.

A November decision by OPEC to keep production levels static despite the current market situation was seen as a driver of lower prices heading into 2015. Last week, Saudi Oil Minister Ali al-Naimi told the official Saudi Press Agency it would “difficult, if not impossible” to reduce its market share any further.