U.A.E. oil minister wants the market to stabilize itself despite sharp falls 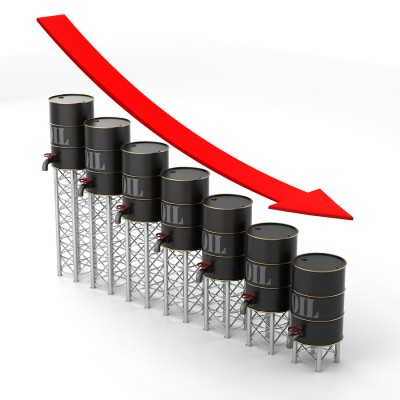 The head of the Organization of Petroleum Exporting Countries, Abdalla Salem el-Badri, said Sunday that OPEC has no set price target for oil, according to the Wall Street Journal.

“We are not going to change our minds because the prices went to $60 or to $40,” Suhail Al-Mazrouei, the United Arab Emirates’ oil minister said at the conference, according to Bloomberg. “We’re not targeting a price; the market will stabilize itself.”

Stock markets in the Persian Gulf got drilled Sunday as worries about further price declines grew. The Dubai stock index fell 7.6% Sunday, the equivalent of a 1,313-point plunge in the Dow Jones industrial average. The Saudi Arabian market fell 3.3%.

OPEC said in November that it would keep production levels unchanged. Surging production and slower-than-expected demand have kept oil prices tumbling. Stock markets around the world have been unnerved by the plunge in oil prices, currently at their lowest levels in five years.

“Unlike in the past, when they have defended oil prices, they are defending market share,” said Stewart Glickman, group head for energy and materials equity research at S&P Capital IQ. “They are going to face more bloodletting with oil prices until other swing producers feel enough pain to stop drilling.”

One obvious swing producer is U.S. shale oil producers, who have pushed the U.S. to the second-largest oil producer in the world. Producing shale oil is more expensive than most other methods, and many smaller producers have borrowed heavily to finance their operations during the boom.

El-Badri, however, denied that OPEC was trying to undermine the U.S. or other countries’ oil production, according to the Wall Street Journal.

Abdullah al-Badri told a forum in Dubai that OPEC has no target price for a barrel of oil. He said the investment will help prevent a shortfall in supply once demand picks up.

Al-Badri acknowledged the oil price had fallen further than market fundamentals should have dictated, Reuters reported.

The agency said the comments were his first since OPEC said it wouldn’t cut production levels to stem the collapse in oil prices at a meeting in Vienna on Nov. 27. OPEC re-committed to a production target of 30 million barrels a day.

Oil prices have shed nearly half their value since late June, including a 4% fall Friday that left benchmark U.S. oil prices at $57.81 a barrel — their lowest level since May 2009.