In a rare move , EU parlianment wants to split up Google 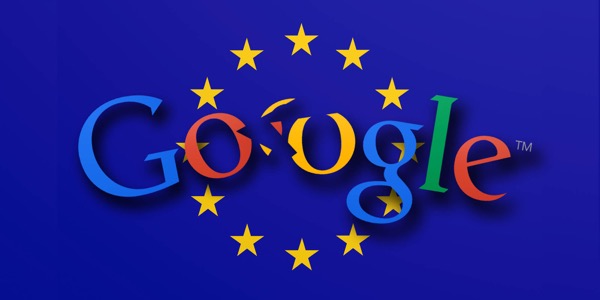 The European parliament is poised to call for a break-up of Google, in one of the most brazen assaults so far on the technology group’s power.

The gambit increases the political pressure on the European Commission, the EU’s executive arm, to take a tougher line on Google, either in its antitrust investigation into the company or through the introduction of laws to curb its reach.

A draft motion seen by the Financial Times says that “unbundling [of] search engines from other commercial services” should be considered as a potential solution to Google’s dominance. It has the backing of the parliament’s two main political blocs, the European People’s Party and the Socialists.

A vote to effectively single out a big US company for censure is extremely rare in the European parliament and is in part a reflection of how Germany’s politicians have turned against Google this year.

German centre-right and centre-left politicians are the dominant force in the legislature and German corporate champions, from media groups to telecoms, are among the most vocal of Google’s critics.

Since his nomination to be the EU’s digital commissioner, Germany’s Günther Oettinger has suggested hitting Google with a levy for displaying copyright-protected material; has raised the idea of forcing its search results to be neutral; and voiced concerns about its provision of software for cars.

Google has become a lightning rod for European concerns over Silicon Valley, with consumers, regulators and politicians assailing the company over issues ranging from its commercial dominance to its privacy policy. It has reluctantly accepted the European Court of Justice’s ruling on the right to be forgotten, which requires it to consider requests not to index certain links about people’s past.

The European parliament has no formal power to split up companies, but has increasing influence on the commission, which initiates all EU legislation. The commission has been investigating concerns over Google’s dominance of online search for five years, with critics arguing that the company’s rankings favour its own services, hitting its rivals’ profits.

“Unbundling cannot be excluded,” said Andreas Schwab, a German MEP who is one of the motion’s backers.

Margrethe Vestager, the incoming European competition commissioner, has indicated that she will listen to Google and various complainants before deciding on how to move forward with the antitrust inquiry into the company.

Ramon Tremosa, a Spanish MEP who is sponsoring the motion, said it was necessary to consider unbundling as a long-term solution, because the commission could not “ask the secret of [Google’s] algorithm”.

Google declined to comment. However, executives at the company are understood to be furious at the political nature of the motion and only became aware of the document in the past couple of days, after an MEP contacted Google for advice on its meaning.

One technology industry source with knowledge of the motion also called it a “politically-motivated campaign to do something that is a regulatory matter”. He added: “These guys are calling for the break-up of Google. That is not in proportion to the degree of concern articulated by the commission during its investigation.”

The draft resolution’s final text will be agreed early next week, ahead of a vote, which is expected on Thursday.